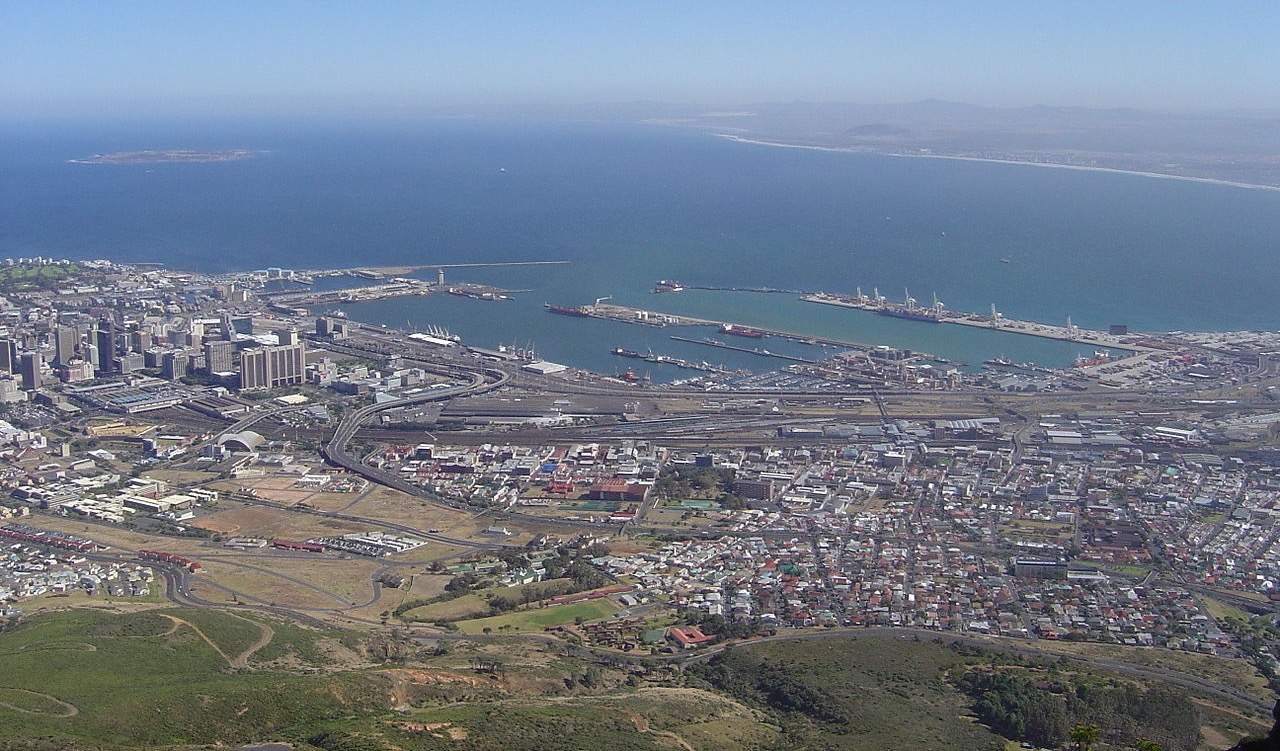 A WAR ON PROPERTY RIGHTS IN SOUTH AFRICA …

Missed that?  It’s scary stuff – yet another example of government extending its reach into our lives in explicit defiance of freedom and free markets.

Even scarier?  What’s going on in South Africa.

It’s called “expropriation,” and it would give government officials the right to unilaterally seize property in the name of achieving an equitable balance between white and black land owners.  Not only would property owners be forced to give up their land, there’s no “just compensation” or “fair market value” requirement associated with the seizure.

Government would simply take … and pay what it wanted.

Expropriation has been attempted in South Africa twice before – in 2008 and 2013 – but each time the measure failed due to constitutional concerns.

The goal of the program?  To transfer up to one-third of the country’s farmland from white to black owners as part of “property reparations” from the apartheid era, which ended in 1994.

We understand the desire to right historical wrongs, but attempting to impose a new social order via the effective elimination of private property rights is insane – and would have severely harmful effects on the South African economy.  Look no further than neighboring Zimbabwe, where aggressive expropriation has caused a collapse in private investment and a surge in dependency.

Expropriation has also empowered the regime of Robert Mugabe – a brutal tyrant with an abysmal record on human rights issues.

Property rights are essential to the proper functioning of the free market.  And governments exist to protect those rights – not usurp them.  Sadly, America continues to veer further in the direction of despots like Mugabe as opposed to advancing freedom and free markets for all people.

Expropriation, coming soon to a neighborhood near you – Vote Democrat

Quick Shifty please provide some comic relief because these leeching commies posting are a totally different funny. Any good ones that start with communists lighting a tire around a farmer’s neck?

Yup: Not Funny at all.

“Mussolini, Benito |?mo?os??l?n?| (1883–1945), Italian statesman; prime minister 1922–43; known as Il Duce (‘the leader’); full name Benito Amilcaro Andrea Mussolini. He founded the Italian Fascist Party in 1919, annexed Abyssinia in 1936, and entered World War II on Germany’s side in 1940. He was captured and executed by Italian communist partisans a few weeks before the end of the war.” – Apple Dictionary.

“Today, fewer than 300 white farmers remain on portions of their original land holdings in Zimbabwe and many of the seized farms lie fallow, meaning the former Breadbasket of Africa has to import food to feed its population.”

Just because you give a monkey a Rubik’s cube doesn’t mean he can solve it.

Even if socialists get their way and grab what’s left, it will just speed their demise. The parasite depends on the host.

That is why we wiped out all the native Americans after we took their land. You can’t complain you were robbed if you’re dead, and you can’t strike back. But we forgot to wipe out the Mexicans when we took their land, and that is coming back to haunt us. Maybe we can ship some small pox blankets to Mexico.

Have a problem with brown people. Call us we can help.

ZyklonB 50% next two wars only.

Best archeologists guess: 80 to 90 Million North American Natives killed by disease, slavery and the Spanish sword circa 1500 through 1700.

And They have just about completely run out of genuine taxpayers, too. (The existence of South African owned Numbered Bank Accounts in Switzerland testifies. … US congressmen and staff are catching up, it is now “legal” for They to own such insider accounts.)

“progressive” Fascism is coming to your state, too.

We have had “regressive” Fascism in this country for some time. The middle class has been having their wealth expropriated by the mega wealthy since the 1980s.

Sorry to disagree but the 47% taking a huge suck of the tit without any positive input couldn’t be a teeny, weeny, tiny, itsy bitsy part of the problem could it?

Ya All are right on this. There actually is a RICO prosecutable Cabal of “progressive” Gruberment spinning tales about who’s naughty and who’s nice … Of course They are the “nice”, They are the Ones’ agitating the more than clueless left leaning …

Out here in Taxifornia, the lefty loonies are all in a tear about the wage “disparities” so, almost automatically, the Helots are winning about seizure of “rich” assets … The Fools! Don’t They know that Taxifornia is running out of taxpayers?

Thieves don’t like it when they get robbed back.

That’s a good point. The history of property rights there has been abused by both sides for a long time.

And it is spelled “progressive”.

Many believe that it was Teddy Roosevelt who started the “progressive” movement, but He called it for what it would be come: a grand scheme to make government large … and larger.

One would believe that at least one of these Central Planning Screw-ups might work, even to a tiny extent … But Not!

Israel: “waaaahhhh… they hit *back*!”

Why do we give a shit about what they are doing in South Africa. Are the right wing nuts really so stupid that this concerns them. Only an idiot dose not understand that if you invest in any country outside of Western Europe, the US, Canada, Australia, and New Zealand, you have no recourse when the government changes. Outside of the Western Democracies you should be prepared to lose your investment if the government changes. Most big companies are prepared to bribe their way out of any problems and that is built into their risk calculations.
Your description of HUD’s proposal is bull shit. All HUD is saying is if you want HUD money to build subsidized housing you cannot put that housing in the worst part of town with the worst schools. You must put that housing in areas with public transportation, good schools and jobs. If you don’t want to do that, don’t take HUD money. Its freedom of choice.
Of course to the right, you are taking away their right to screw the government, by taking government money to build shitty housing in a shitty part of town. So they are pissed.. Republicans never saw welfare for the well to do they did not like.

“Why do we give a shit about what they are doing in South Africa.”

You read the first sentence, right?

What is a propagandist to do?

Take stories from other countries and smear them on Obama, hoping they stick.

Rush Limpballs was right, Obama is “giving” reparations to blacks at the expense of whites!

The race war has begun!

Whip out your teabag hats, your confederate flags, your Ron Paul shirts, and your AR15s, the animals are coming!

CiC, this is what I meant the other day when I said give South Africa 100 years to turn into a real shithole. They have only yet begun to unravel the civilized living that took the Europeans all those years to acheive. 2115 it will look like the set of Mad Max.

“Expropriation has also empowered the regime of Robert Mugabe..”
Mugabe ran most of the white farmers out of Zimbabwe, now they grow hardly any food at all. Most of sub-Sharan Africa is now in worst shape than it was a few decades ago because of expropriation. These African countries are now regressing to an economic state that they have not seen in a few lifetimes. They are getting what they have always wanted, self-rule, that they are totally unprepared for.

I’ve read where they want enough Whitey to stay to keep them from starving. It must be a bitter pill to swallow to admit you had nothing until hard working Europeans showed up and that you can’t/won’t sustain yourself without them? The answer to White Supremacy definitely isn’t Black Supremacy.

It gave Mugabe and his communist friends power and that is all they care about. Mandela was a communist and now South Africa is a lawless hell hole,poverty and violence prevails.

Obama is black trash from Kenya. He would love for America to look like Africa.Or Baltimore. Or Detroit. Or name ANY major URBAN area.

Well isnt this line of comments a little racist love fest? Glad to see you don try to hide it. This country will never get any better until you old white racists die off.

And a happy day it shall be for all when us old honksters are gone. Good luck when we are like South Africa.

Yea, because the old racists are the people who make this county great. We just can’t live without them. Sorry, these guys are holding this country back. If we become like South Africa it will be because of the racial strife they caused, not because of young people who see beyond a person’s race. Just like what happened in South Africa can be traced to racism and oppression of others by force. You would think we could learn a lesson from history, but some people will never change. But believe what you want.

Rrrrrrriiiiiight….this is up there with Jade Helm shit….how’s that gov’t military takeover going by the way?

Fits, you don’t have to throw in tin foil hat shit on this website to lower its cred, you’re already there mate…but I keep coming back for more cause I luvs ya.