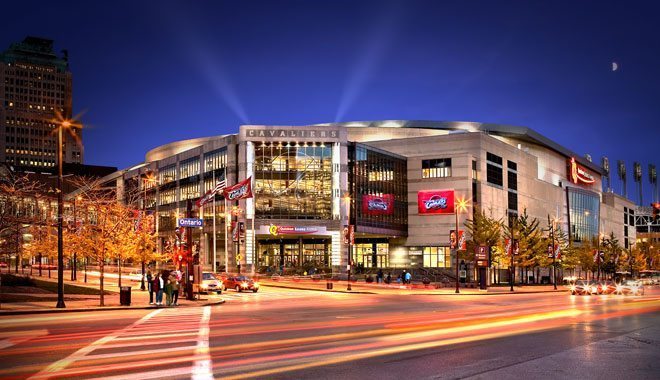 CANDIDATES BATTLE FOR THEIR SPOT ONSTAGE …

|| By FITSNEWS || “Republicans” will hold their first presidential debate of the 2016 primary election early next month.

The debate will be held on Thursday, August 6 at the Quicken Loans Arena in Cleveland, Ohio.  In addition to a crowd of up to 5,000 people, the proceedings will be televised nationally by Fox News.

According to Fox, the debate will feature the top ten candidates based on an average of the five most recent national polls.  In fact the candidates’ position on the stage will be determined by their support in the polls – with candidates receiving higher levels of support occupying spots toward the center of the stage.

Fox isn’t disclosing which national polls it is using, though – which we’re guessing is going to cause all sorts of controversy.

And yes … it does our hearts good to see our home-state fascist U.S. Senator Lindsey Graham coming in at dead last on this list.

That leaves eight candidates vying for the final two spots – although Graham and former New York governor George Pataki appear unlikely to make up enough ground over the coming ten days to land a spot onstage.

Should we care who makes the cut?

This debate boils down to Trump versus the “Republican” establishment – with the nine GOP candidates appearing on either side of “The Donald” facing quite the conundrum.

Do they follow Perry’s model and attack the outspoken, politically incorrect candidate?  Or do they recognize that Trump’s rise is being fueled by something bigger than the candidate – and pay deference to him in an effort not to alienate the GOP voters gravitating toward his candidacy?

It will be interesting to see …

One thing is certain: Trump’s bold pronouncements have sucked all the oxygen out of the tightly controlled debate the GOP was hoping to have – fundamentally transforming this race from an exchange of scripted talking points to a wide open, at times uncomfortable discussion of the root problems facing the United States.

In fact Trump’s presence at this debate – and the reactions he’s bound to get from the other candidates – make this one of the few political events we’re looking forward to watching.

Fiorina should be included!

Absolutely! Put ’em all up there. The more the merrier.

This all, apparently, has you tickled pink. One way to look at things, when the democrat clown car shows up, it can only get better than the current offerings.

For openers dress them in tuxedos and top hats, with spats and canes — somebody think of a song and dance they can do together….

My money is on Chris Christie in the swimsuit competition.

That would be cruelty to the viewers.

We can already know how the debate turns out, and what Trump will say about:
Bush – “you are a loosa”
Walker – “you are a bigger loosa”
Perry – “you’re the biggest loosa – I went to your border – not even a fence”
Rubio – “you’re not even good enough to be a loosa”
Cruz – “Let’s talk later”
Ben Carson – “get me a water please”
Rand Paul – “you’re worse than your fadda”
Huck – “I like lead players, not base players.”

Hilarious. Amazingly, that is a perfect description of all those GOP candidates.

oh man… this is going to be awesome.

I’m making chicken wings that night. Will be better than a Super Bowl.

I can’t afford that. You charge too much for them. Ba-bam!!!!

I want a Lamborghini!

I want a Kia Optima.

Daddy where are the coat hangers? Rent is due.

I’ve got a bag of them from the cleaners. Of course you could pre-sale your baby to the cartels – and live rent-free for another year.

You should set your goals (and your baby part prices) higher!

I tried, but once I batter and fry them, the price drops.

Abortions covered in your illegal mommy in laws Obamacare?

Not sure – don’t know what the required coverage is under Obamacare for that. Oh, and mommy in law is a Legal Resident Alien – you know legal? Green Card. You know what that means right? They applied, came in legally. That pathway you always talk about. God you’re such a one-horse show.

Are they covered in your Medicaid you got through Kasich?

I do churn out more aborted babies than an alcoholic liberal arts major.

Afternoon, Flip. I think it’s time for your afternoon nap.

Wonder if they’ll create a “free speech zone” for the NBPP like the DNC did in 2004? You’re right, this IS going to be awesome!

There should be an extra podium for the 11th place candidate, because Cruz will be situated behind Trump with his nose firmly up his ass the whole time like a little puppy begging for a scrap.

how do you figure Dr Carson as part of the “Republican” establishment?

Trump can’t run from his crony-capitalist past and hardly devoid of “establishment” credentials.

I’m not exactly pleased that FOX News is limiting the debate to ten. How is 10 any more or less manageable than 16? If it was limited to say 5, I’d understand it. As it is, 10 people answering questions is not much different than 16.

“Trump can’t run from his crony-capitalist past and hardly devoid of “establishment” credentials.”

If he was establishment, they wouldn’t be attacking him with the fervor they are.

I do enjoy and think other candidates should learn from, his push back against the press, and not agreeing to the premise of their stupid, gotcha questions intended only to feed their Cultural Marxist agenda. Other candidates should start telling the press to go fuck themselves as well. Not planning on voting for Trump though.

Damn… even Pataki is ahead of LG.

The only thing Ms. Lindsey is running for is Secretary of Defense.

Can’t wait to see them all talk about putting Jews in ovens.

I want to hear how someone with a Green Card can get FREE Obamacare.I emailed Kasich and Rubio today.

Trump: “Rank us by net worth.”

Santorum: “Rank us by God’s choice.”

How about a Kiwanian (is this a legitimate word)?

I think Trump will do great in the debates, and here is why we need him for the GOP. From Politico.com

“Four leading GOP presidential candidates – Jeb Bush, Ted Cruz, Marco Rubio and Scott Walker – are traveling to a Southern California luxury hotel in coming days to make their cases directly to the Koch brothers and hundreds of other wealthy conservatives planning to spend close to $1 billion in the run-up to the 2016 election,”

The Koch Brothers hate Trump. They can’t buy him the way they can buy these folks. If we don’t want the GOP to be the Koch Party, we need to support Trump.

Thank you Harry Reid.You only support Hillary is going to prison and dems can’t win without Trump as 3rd party candidate-which won’t happen.

Trump is a Patriot and know electing a dem president in 2016 would finish this country off.

This is fascinating. Can there be anything more sinister than the Republican front runners going to a secret meeting with a shadowy group of billionaires, to tell them what they will do for them in exchange for money. You can’t make this stuff up.

The GOP is totally corrupt. Can yo really imagine turning this country over to to someone who is not even hiding the fact they are in the pocket of billionaires.

Oh man, this one is going to be great! I hope the head GOP douche orders the candidates to not show up to the debate so it can be the ‘Donald Trump Show.’

Trump debating the nations issues would be the best night spent!!

My prediction: Trump will show up with a giant looney-tunes style rubber mallet and walk down the line whacking each candidate in the nuts.