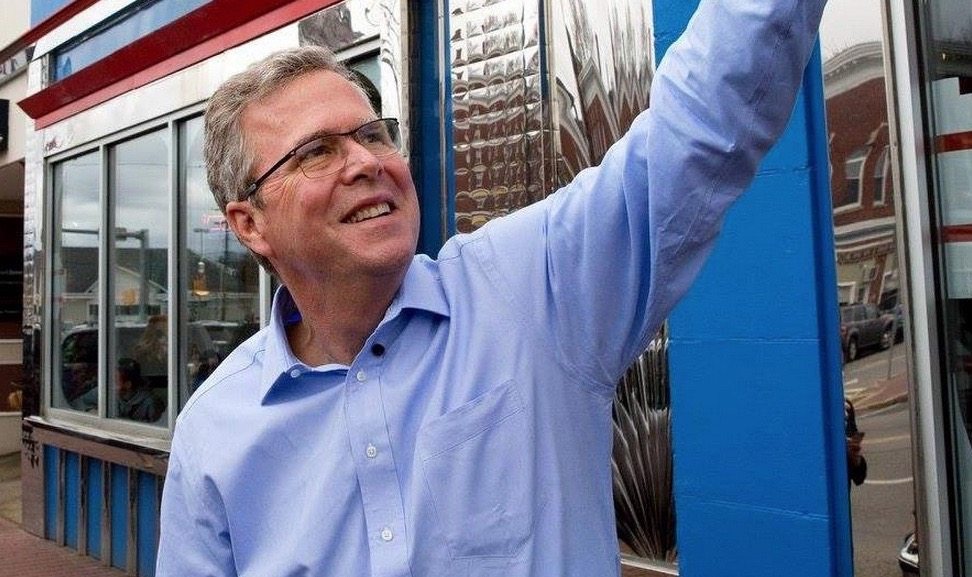 ONE REPORT SAYS SO …

|| By FITSNEWS || As the global economic downturn complicates anemic economic growth at home, politicians promising big gains in the American economy ought to be viewed as highly suspect.

Well yeah … it could be.  You know, assuming Bush was serious about a radical reduction of government and a complete reorientation of its philosophy (a.k.a. incentivizing growth, not dependency).

Is he serious about either of those things?  So far … eh.  Not really.

On its whole Bush’s “reform” agenda seems less about actually taking on “Mount Washington” – and more about providing political cover against the “Insider” rap.  No “Republican” candidate should be proposing half-measures at this critical juncture in America’s unraveling … least of all one named “Bush.” 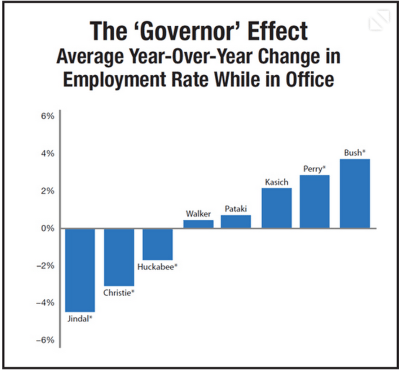 From the NRO analysis …

…there is considerable variation in the “governor effect” on state employment levels. Not every governor generates results in the direction that he would have hoped; others enjoy bright track records.

Employment growth when Governor Jeb Bush was in office, for instance, tended to be about 4 percent higher per year than one would have predicted if the average Florida governor had been in office. Governor Perry has a similarly impressive record. (An asterisk on the chart next to a candidate’s name means that our result has passed a standard test of statistical significance: We are 95 percent sure that it was not a matter of chance.)

Those with negative effects should not be too dismayed. No single statistical analysis can provide a complete picture of a candidate’s record as governor. New Jersey was a basket case long before Chris Christie took over, and was on a fiscal path similar to that of Greece. He probably did more for the state than this picture shows, because what would have happened without him would have been so terrible.

NRO has been exceedingly friendly to establishment “Republicans,” so we’d take its insights with the proverbial ocean of salt.  We’re not saying the publication is wrong, just that it’s inclined to give fiscally liberal GOP politicians the benefit of the doubt.

Also as we’ve repeatedly stated, we would caution against using the unemployment rate as a reliable measure of the health of a state (or nation’s) labor market.   The labor participation rate and the employment-to-population ratio are far better indicators.

Oh, and obviously the 2016 GOP field isn’t confined to governors, so … keep that in mind.