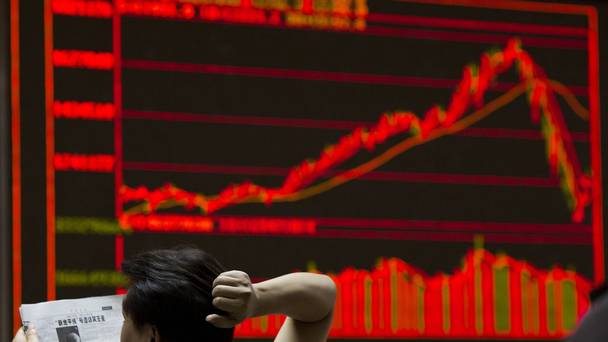 || By FITSNEWS || Earlier this month we ran an item about the Chinese stock market crashing.

That’s the biggest daily percentage decline since 2007 – and comes amid a broader slowdown.

… why should you care if China’s economy enters a downturn?

Easy: China has been driving global economic growth of late, meaning a slowdown in its economy would have significant ripple effects on our own.

After growing by more than 10 percent a year during the three decades leading up to 2010, China’s growth stood at 7.4 percent last year and projections for 2015 (6.8 percent) and 2016 (6.3 percent) were slipping even before the country’s crisis hit.

In fact we expanded on that conundrum in this post discussing the exposure of U.S. automakers to the Chinese slowdown …

… the Chinese car market – which GM and other U.S. carmakers are relying on to sustain their growth projections – is tanking.

“China’s import car dealers saw inventory days reach a mind-blowing 143 days in May. For context, the normal average has been 24-36 days,” the website Zero Hedge reported this week.

That follow’s last Friday’s report in The Wall Street Journal indicating June passenger car sales fell 3.4 percent – only the third monthly decline in three years (and the other two were the result of a weeklong holiday and a political crisis).

Translation?  Prepare for another round of Detroit bailouts.

Except wait … aren’t we borrowing our money from China?

As China’s struggles continue, the Greek financial crisis is continuing to place a strain on the European economy.  And of course things are far from hunky dory here in America.

Oh, and all this global uncertainty comes as the U.S. Federal Reserve – our government’s secretive central bank – is preparing to raise the cost of borrowing.