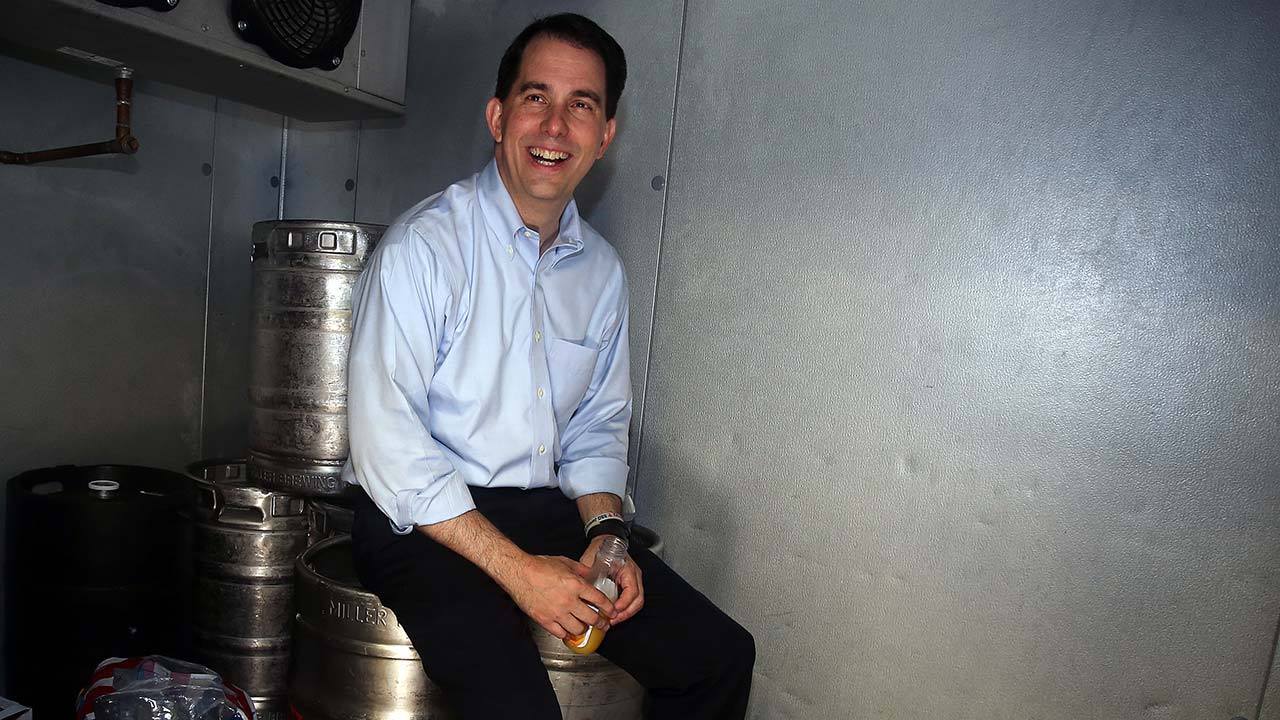 Take the fundraising campaign currently underway in South Carolina (and presumably all over the country) on behalf of Wisconsin governor Scott Walker, the latest entry into the “Republican” presidential field.

This missive is typical of the latest GOP small-dollar fundraising craze, which brazenly seeks to take advantage of people’s ignorance and need to feel important in an effort to deprive them of their hard-earned money. 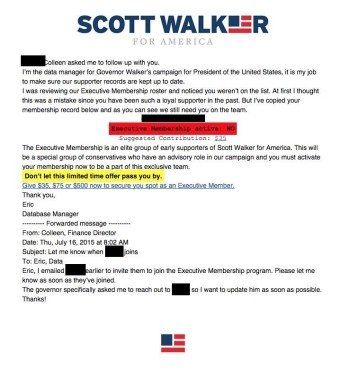 So yeah … according to this solicitation, Walker specifically asked his finance director (“Colleen”) about this recipient and is personally waiting to hear back as to whether “they” (not he or she) joined his “executive membership program” (i.e. paid his campaign $35).

Obviously we blocked out the name of the individual who received this tripe, but as it happens they are a prominent elected official in the early-voting Palmetto State – one whose name probably should have been scrubbed from the bulk email blast delivered to the “unwashed masses.”

“These inherently dishonest solicitations from candidates really tick me off,” the recipient told us.  “I have never been a Scott Walker supporter.  I know no one named Colleen.  That he shows my status as ‘not active’ does not imply that I have ever been active, only that I am like the other 99 percent of Americans … not supporting him.”

Ouch!  But that totally hits the nail on the head regarding these “non-spam spam” solicitations.

“It is silliness that does not matter at all – except to show that these candidates care little for the truth about anything and are nothing but money-hungry leeches,” the recipient added.  “How can we trust them with the presidency when you cant trust them to have an honest fundraising letter.”

One step above these duplicitous solicitations?

The ridiculous “handshake line” photos featuring mid-level donors flashing their gullible gums alongside the perma-grinning candidate – coughing up $500 or $1000 for the “honor” of a lens click (and an immediately forgettable fifteen second interaction, if their lucky).

Will any of these people have so much as an iota of influence in Walker’s campaign?  Or the candidacies of any of the “Republican” presidential hopefuls?