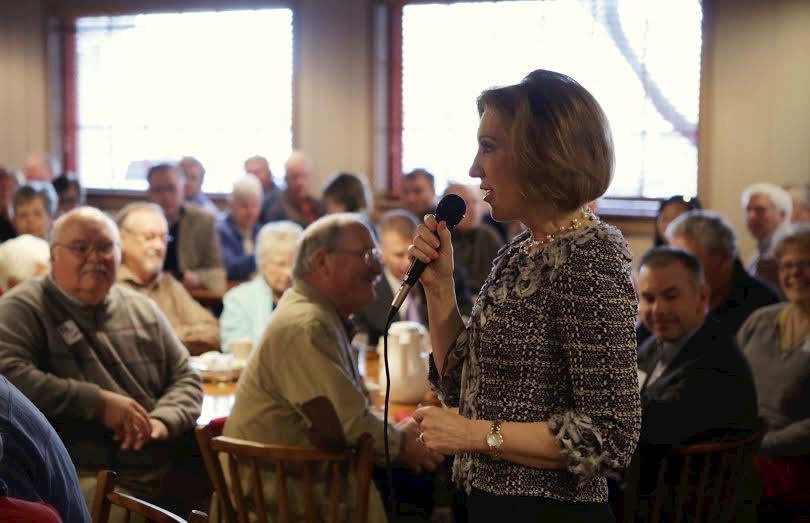 || By FITSNEWS || The only woman actively considering a campaign for the 2016 “Republican” presidential nomination is ripping presumed Democratic nominee Hillary Clinton.

Carly Fiorina – who ran unsuccessfully for the U.S. Senate in California in 2010 – says the scandal currently enveloping Clinton’s foundation is yet another example of the corruption of America’s “ruling political class.”

Not to mention business as usual for the Clintons.

“It’s the Clinton way: Raking in millions from foreign governments behind closed doors while making promises about transparency that they never intended to keep,” Fiorina said. “Now they’re scrambling to refile their taxes and account for her decisions as Secretary of State.”

Clinton’s foundation has admitted failing to disclose millions of dollars it received from foreign governments  – and announced its intention to file amended returns with the Internal Revenue Service (IRS).  That’s a troubling enough situation on its own, but these so-called reporting “discrepancies” come on top of Clinton’s other big scandal – in which she flagrantly violated federal law by deleting an email account on which she conducted government business (including business with some of the countries bankrolling her liberal “philanthropic” work).

“The American people will have a choice,” Fiorina said. “Are we going to demand trust and transparency from our leaders? Have we had enough of a ruling political class that doles out favors to the wealthy and well connected few?”