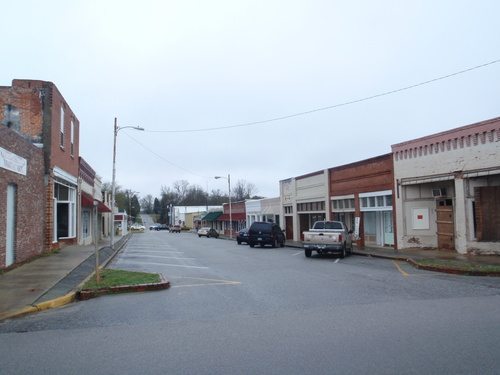 || By FITSNEWS || The town of Swansea, S.C. is staring down a major scandal.

Specifically, the S.C. State Law Enforcement Division (SLED) is said to be investigating allegations of embezzlement in its personnel office.

Culler is a $70,000-a-year town employee and a board member of the Bull Swamp Rural Water development.  According to our sources, she has recently been placed on paid administrative leave by the town as a result of the allegations.

According to a source close to Swansea police chief Clif Hayes, Culler has made statements indicating the embezzlement – which involved tens of thousands of dollars (and the provision of free city water services) – involved multiple people.

It’s also said to be directly linked to this exclusive report published by FITS back in November 2013 – in which free water was allegedly provided to select citizens who agreed to cast their votes for Spires’ spellcheck deficient mayoral campaign.

The town’s scandal reportedly stretches beyond its borders, too.

Swansea is presently in charge of collecting water bills for the rural town of North, S.C. via a contract negotiated by Swansea’s utilities manager, Rick Bryan – who now serves similar positions with the Bull Swamp Rural Water department and the town of North.

Bryan, incidentally, was fined (.pdf here) by the S.C. Ethics Commission (SCSEC) last year for using public funds to pay for a family vacation.  He received a warning at the time instructing him “not to use his official employment to obtain an economic interest for himself or a business with which he is associated.”

SLED officials didn’t immediately acknowledge the probe – but sources close to the agency confirmed an investigation in Swansea was underway.

Three town council members in Swansea have resigned in recent years “over discrepancies (regarding) town funds and unpaid bills in the water department,” according to our sources.

The Confederate Flag: A Requiem