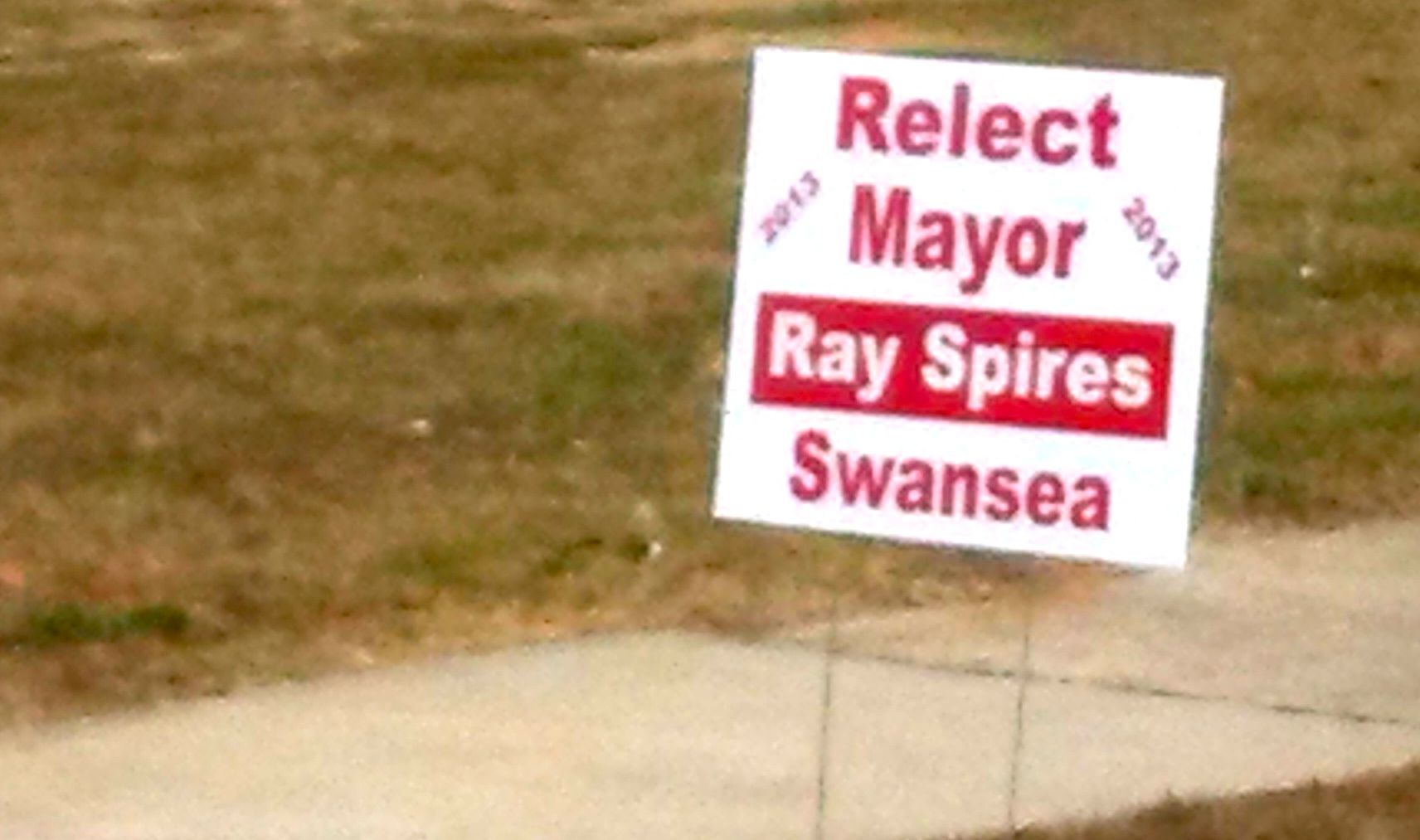 Ah, rural South Carolina … where even the elected officials are borderline illiterate.

Well check that … in Spires case he’s running for “relection.” How do we know this? Because all of his 2013 yard signs (above) implore Swansea voters to “Relect” him.

Sheesh … what a bunch of mouth breathers.

Anyway, score another one for the Palmetto State’s worst-in-the-nation government-run school system … but don’t worry, we’re sure just a little more taxpayer money will do the trick.