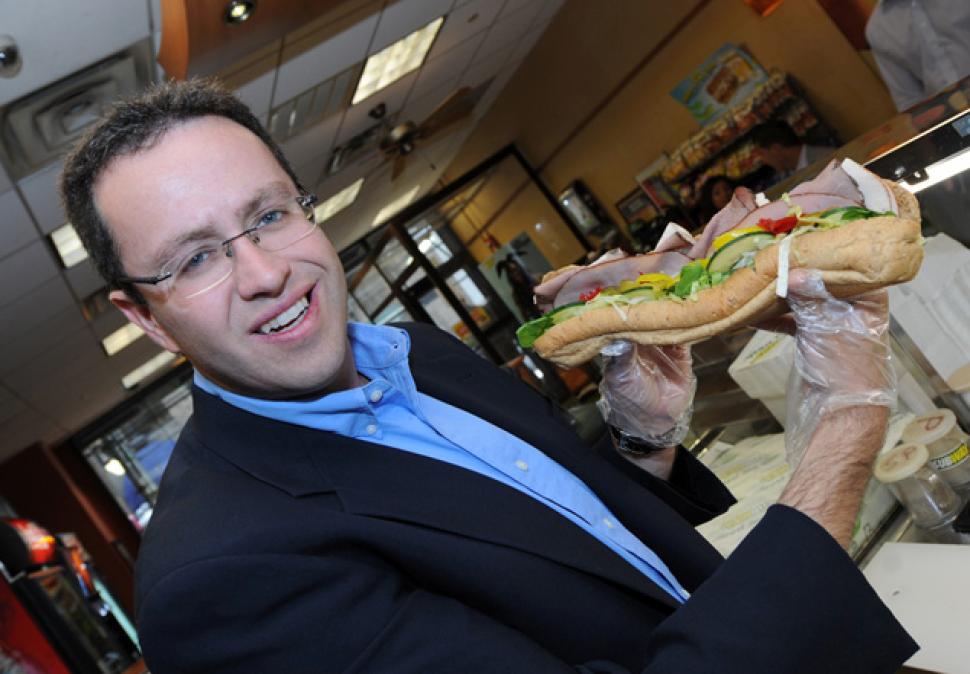 The police arrived at Fogle’s home at around 6:30 a.m. EDT to serve warrants “in connection with a child pornography investigation,” according to local television station Fox 59.  Fogle was seen entering – and later exiting – an evidence truck outside his home.

According to The Indianapolis Star, “multiple items have been moved from (Fogle’s) large, brick home and into the truck.”

Earlier this year Russell Taylor – who ran Fogle’s nonprofit, The Jared Foundation – was arrested following a police raid which uncovered more than 500 videos with images of child pornography.  Two months ago Russell attempted suicide in prison.

The Jared Foundation severed all times with him following his arrest.  Fogle said at the time he was “shocked” by the allegations.

Fogle weighed 425 pounds as a freshman at Indiana University when he began eating Subway’s turkey and vegetable subs.  His dramatic weight loss prompted an article in the school’s student paper, which led to Subway using him as a spokesman beginning in 2000.

Over the last fifteen years Fogle has appeared in more than 300 commercials for the fast food chain – and become a sought-after motivational speaker.  His net worth is estimated at $15 million.

Neither Fogle nor Subway has released a statement yet in response to the raid.