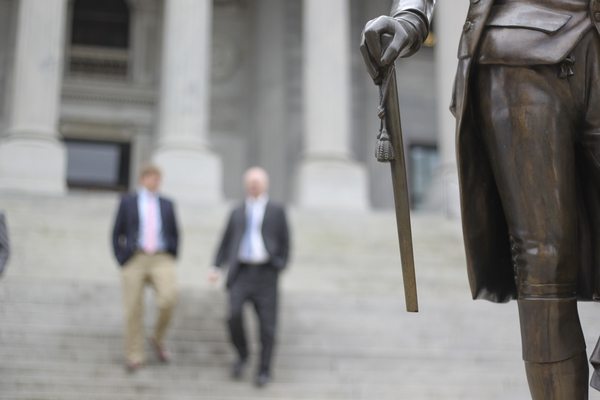 || By FITSNEWS ||  With all eyes on the debate over the Confederate flag, South Carolina lawmakers secretly approved a $26.5 billion budget in the dead of night this week.  Officially, the spending plan is listed at $24.92 billion – although that total doesn’t include $1.5 billion in food stamp funds (money taken off the books by lawmakers last year).

State spending has grown by more than $1 billion a year over the last five years – far outpacing inflation.

And yes, that’s further evidence of our contention that state leaders do not need to raise taxes on dirt poor South Carolinians in order to fund core functions of government like cops, courts, roads, bridges, prisons, etc.

But this isn’t another post about the true size of the budget – or the forces fueling its astronomical growth.  No, this is a post addressing its secretive passage.

The two groups didn’t meet together until 12:30 a.m. EDT on Sunday – and didn’t approve a spending compromise until 4:00 a.m. EDT.

“I think if there is a quorum of a committee there, and they discuss public business, then it’s a meeting under the law,” the executive director of the S.C. Press Association told The Nerve. “If you’re discussing public finances, they should be open.”

Damn right they should be open …

Transparency was all the rage during the 2010 election cycle, but with the notable exception of S.C. treasurer Curtis Loftis most of the elected officials touting open government have utterly failed to live up to their campaign promises.

This isn’t a question of whether lawmakers should conduct the people’s business in the open … they are required to do so by law.

Of course when legislators are left to discipline themselves, as is the case in South Carolina, it’s no wonder they choose to flagrantly ignore the law when it suits their purposes.