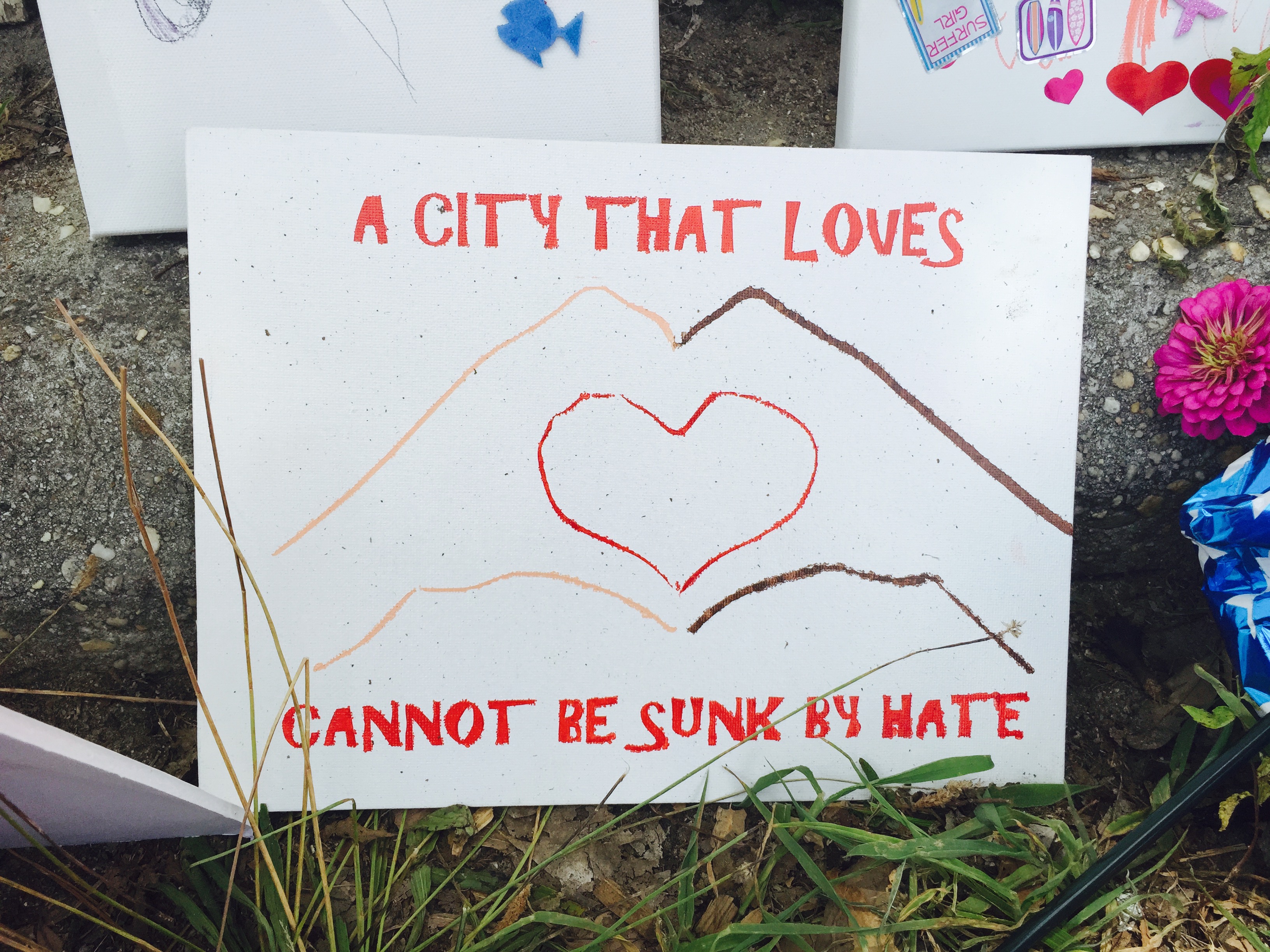 “BLOOD ON OUR HANDS, STAINS ON OUR SOULS …”

|| By MIA McLEOD || Last Wednesday began much like any other day.  My son headed to football practice.  I rushed to get to the State House. Came home that evening – exhausted and ready to unplug from the politics of the day.

That Wednesday afternoon, Clem (S.C. Senator Clementa Pinckney) and I greeted each other in the State House garage with my usual, “Hey Senator!” followed by his big smile and deep voice that I’ll definitely miss, “Well … hello there, Representative!”

Who could’ve imagined that several hours later, he and eight members of his Emanuel AME Church Family, would be gunned down while they studied God’s Word.  Shock, sadness, anger and numbness don’t even begin to describe the range of emotions that have consumed me since that night.

Our hearts are beyond broken as our thoughts and prayers go out to Mother Emanuel and the Pinckney, Hurd, Coleman-Singleton, Middleton-Doctor, Simmons, Sanders, Lance, Jackson and Thompson Families.

On Thursday morning, I rode to Charleston for the prayer vigil with a few of our colleagues.  Nothing unusual.  We ride together all the time.  But that day, the shock, horror and sadness of the tragic night before were still so fresh … so raw … as reports began to come in about the shooter and his capture.  For the first time, I was acutely aware that I happened to be the only black person in the car, and how different our world-views are because of it.  The irony of that reality in the face of such race-based hate shook me to my core.

They’ll never know what it’s like to be hated simply because of the color of their skin. They’ll never understand the pain, anguish and fear of being hunted, stalked and profiled by terrorists on their own soil.  They’ll never see that glazed-over “thrill of the kill” look in those hollow eyes.  They’ll never face a judge who, despite being publicly reprimanded for using the N-word in court, is still on the bench to dismiss and overlook them in the midst of their grief, as he pleads for empathy and compassion for the killer’s family.  They’ll never get why I hurried home after the prayer vigil just to hug my son and tell him I love him – ever mindful that other Dylann Roofs are still out there.

I’d often wondered why my Dad always spoke about that pain as if it never left him.  He was a successful business owner … the first black person since Reconstruction to be elected to Bennettsville City Council … life member of the NAACP and like Clem, a proud Alpha Phi Alpha man.  And yet, he never let us “forget” the struggle.  But by the time my siblings and I came along, we believed the struggle as he knew it, was over and that we should focus on what was happening under, not just atop the State House dome.

Fast-forward to 2008 … and it was obvious that a black man in the white house did far more to reignite and fuel the hatred that our good ole southern charm often masks, than it ever did to eradicate it.

From Travon Martin to Walter Scott, Mr. Roof represents the millennial face of race-based hate…and this terrorist is home-grown. So how can our state even begin to change–let alone heal–that which it consistently refuses to acknowledge?

If we ever want to end this culture of hatred, injustice, intolerance, exclusivity and entitlement, our work begins “Now.” I’ve said many times…let that be the new “N-word.”

As elected leaders, we must “check” our own baggage and purge those racial biases, policies, practices, rants and rhetoric that have become the new norm.

Whether we’re removing the confederate flag or guns out of the wrong hands, real leadership is bold, courageous and proactive. Not easy for a state that’s notoriously reactive. But, each bullet that shattered their bodies leaves blood on our hands and an indelible stain on the soul of this state that won’t come clean until we do.

In the face of unthinkable tragedy, our brothers and sisters in Charleston have shown the world the true power of God’s love, forgiveness, grace, mercy and peace.

One nation … under God … indivisible. And prayerfully, one day soon … with liberty and justice for all.

Mia McLeod represents District No. 79 in the South Carolina House of Representatives.