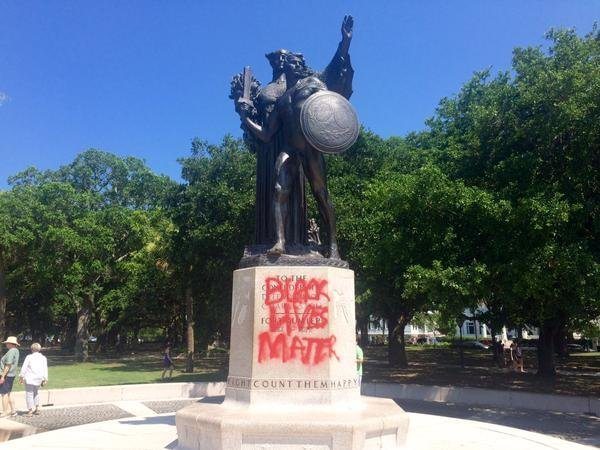 EXPECT MORE OF THIS …

The red spray paint was first observed by police officers Sunday evening – and a green tarp was placed over the base of the monument to hide the graffiti.

Unveiled in 1932 as a tribute to the “Defenders of Charleston – Fort Sumter,” the monument was erected by the Charleston Chapter of the United Daughters of the Confederacy.

Related Topics:Black Lives MatterConfederate MonumentsUnited Daughters of the Confederacy
Up Next