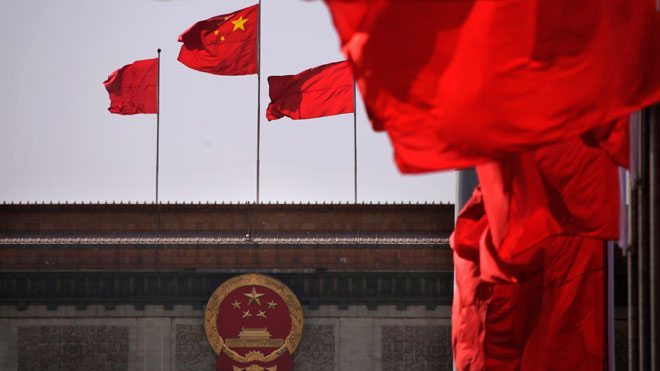 SOUTH CAROLINA’S “ASIAN FETISH” IS A CONSEQUENCE … AND A HARBINGER

|| By MANDE WILKES || Did you know local powers-that-be have an Asian fetish?  No, silly … not that kind of fetish.  I’m talking instead about the recent land takeover by Chinese investors.  Gleeful has been the tone of the local coverage surrounding the deal, both from media and from officials.

At first glance, it’s easy to see the excitement. The sales – involving over two dozen Grand Strand golf courses — total upwards of $400 million. That kind of cash influx is exciting to the likes of our small-town, big-dreams leaders who envision Myrtle Beach as the next Orlando or Las Vegas.

But try as they may, neither media nor officials can fool me.  The fact is that this is decidedly bad news for our city, our state, and our country.

First, a couple of decades ago, the jobs went to China.  These lost positions were overwhelmingly low-skilled labor which left the most vulnerable Americans with even fewer options.

Let me be clear: The fault for that lies with all levels of our government.  Restrictions, regulations, and red tape strangled businesses, and they fled to a place where they were welcomed.

Now that the jobs have migrated to China and made it a country rich beyond recognition, the Chinese are using that wealth to snap up local businesses … with the full intention of evermore success on the backs of Americans.

And not for nothing, this news coincides with the annual influx of Europeans seeking Grand Strand summer work – foreigners who are granted by our own government special work visas to compete for American jobs.

So, to recap: Jobs have gone to China; the jobs that are still here are being filled by non-citizens; and the area’s most lucrative businesses are now under foreign ownership.

Spurred on by blindly jubilant politicians, the media are toeing the line and painting this as positive news.

Tell me again how the American dream endures?  In my estimation, the purchases amount both to a consequence and a harbinger – we’re reaping what our bumbling leaders have sown, and all signs point to less and less American economic primacy.

Meanwhile, as I write this, local movers-and-shakers are absolutely giddy at having been invited to participate in the wedding festivities of one of the Chinese investors. (Of course they were invited — it’s the least the guy could do to invite the people who’ve served as his lapdogs).

The really pathetic thing is that I’m not even that mad at these guys. I’m not convinced they’re in possession of the cerebral capacity necessary to understand the mechanics of money.

That’s why, then, I place the blame ultimately with the voters who continue returning these ne’er-do-wells to office. Seriously, it’s like appointing Andy Griffith to the post of attorney general — Andy’s a nice guy, but niceness and competence are distinct qualities.

Perhaps worst of all is that it’s taxpayer revenue — in the form of the so-called ad tax — that’s funding the marketing for these foreign investors’ new businesses. The ad tax remains a misbegotten exercise in crony capitalism, and it chaps my hide to think that local taxpayers are personally funding foreign enrichment.

The American dream is indeed alive and well — just not for Americans.