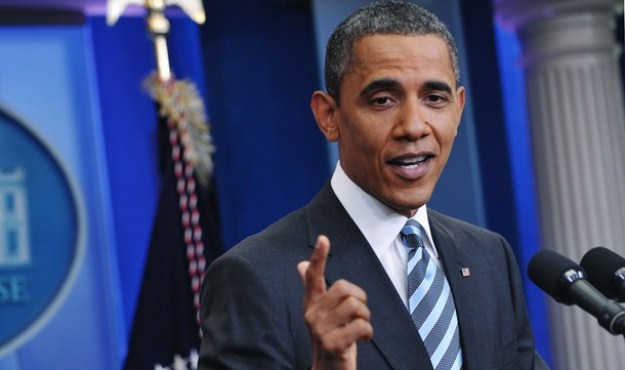 || By FITSNEWS || Progressives in South Carolina are giddy over a decision by the administration of Barack Obama to designate a sizable chunk of rural South Carolina as a federal “promise zone.”

So after “hope and change” didn’t work out, now we’ve got a promise … great.

According to an article posted to Brack’s website, the designation “brings two key tools to the impoverished southern tip of the state: a handful of trained federal workers to help counties apply for existing federal grants, and extra points for applications submitted in programs to improve education, grow jobs, boost safety and add affordable housing.”

Another rural “promise zone” in Kentucky has won $43 million in federal grant funding since receiving its designation, Brack said.

“South Carolina is only the nation’s second rural Promise Zone and the only one announced today,” Brack wrote on his foundation’s home page.  ” If the same kinds of things happen here that have happened in the other rural Zone in eastern Kentucky, we should be looking at an infusion of millions of dollars over time to grow jobs, improve the economy, have better schools, get more affordable housing and reduce crime.”

The zone – which would be administered by a nonprofit called the SouthernCarolina Alliance – lies west of Interstate 95 in the southern part of the Palmetto State.  It encompasses parts of six counties: Allendale, Bamberg, Barnwell, Colleton, Hampton and Jasper. 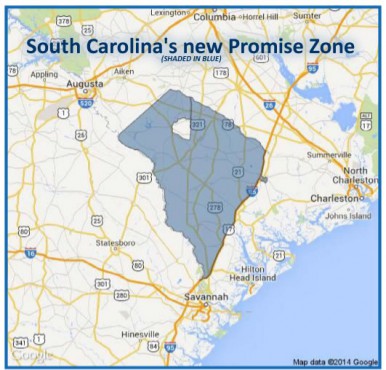 “The Promise Zone designation will catalyze an effort across the South Carolina Lowcountry to meet identified goals essential to increasing the quality of life and accelerating efforts to create comprehensive community revitalization in the region,” a release from the U.S. Department of Agriculture (USDA) stated.

Unemployment in the six counties to be served by the “promise zone” is 14.7 percent, with a 28.1 percent poverty rate.  Oddly enough, efforts to bring two major private sector opportunities to this region – an Indian-run casino resort and a public-private deepwater port – were nixed by the administration of Nikki Haley, who grew up in Bamberg, S.C.

Do we think a bunch of new federal grants is going to turn this region around?

No.  The federal government has spent trillions of dollars over the last five decades ($22 trillion, to be precise) fighting poverty through bigger, more expansive and more invasive government programs.  None of them have worked.

“Continuing the War on Poverty is unlikely to further reduce poverty, increase self-sufficiency, or expand economic mobility,” a 2014 analysis from The Cato Institute concluded.  “More anti-poverty programs and more welfare spending are not the answer to continued poverty.  Fifty years of failure is enough.”

The best way to lift people out of poverty?  Economic growth … which America has seen precious little of over the past decade-and-a-half.

The Czars new 5 year plan will be called the “Broken Promise Zone” at it’s end.

“Promise Zone”?? As in a promise to the Chinese?

The way to help those people out – bus tickets to another place where there is economic growth.

Texas would be good fur ’em.

“… The best way to lift people out of poverty? Economic growth …”

Fits, you confuse libertarian with couch-potato-anarchist. the government of a sophisticated country can’t just sit around hoping for things to happen.

Exactly, since Nikki won’t let the ‘libertarian precious private sector business’ come in, what are the people supposed to do? Sit around waiting because the politics involved won’t get Nikki to the White House?

This seems like a meddling of the Chappelle Show’s Reparations episode, and the classic “SC As Viewed From Charleston.” state map.

Perhaps T-Rav can work with these folks to include them in his show.

That may be a republicrat stronghold … You know, the guys in the senate that just voted you two new tax increases … And it ain’t to buy votes for democrats.

Does that mean the riots he is responsible for…are coming here, too…???

Why you ctying, Hoss? You’re already getting Medicaid, so why not milk some more off that teat?

I just can’t wait to miss him.

Can Nikki block this in any way? You can bet she’ll try. And her cronies in the legislature will be looking to steal as much as they can.

Maybe if she gets their money first…