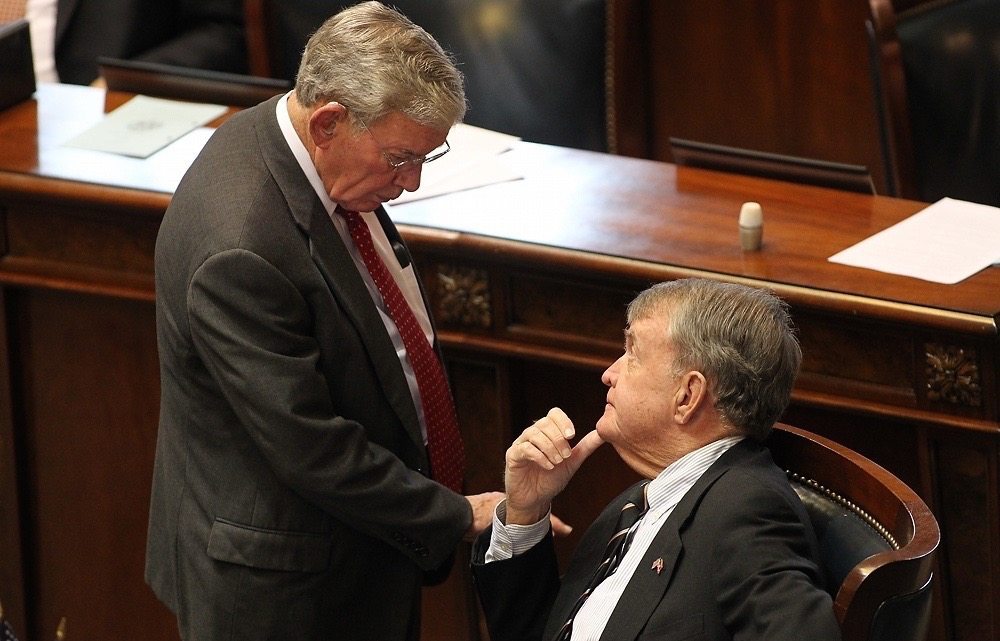 || By FITSNEWS || There’s an interesting story up on The Nerve this week focusing on a sweetheart deal doled out by state government to Lamar Outdoor Advertising – a company which is represented by the son-in-law of powerful S.C. Senate leader Hugh Leatherman.

According to the website, a subsidiary of Lamar enjoys an exclusive deal to advertise on South Carolina interstate highways (specifically by interstate off-ramps).  The subsidiary pays the S.C. Department of Transportation (SCDOT) an estimated $2.8 million a year in licensing fees for this right – but it doesn’t disclose how much it makes from the signs.

Oh, and get this: The contract for these signs has been awarded to the same company for the last sixteen years – and was once even reauthorized while Leatherman’s son-in-law, John Hardee, was a member of the SCDOT commission.

Let’s call this what it is, people: “Nepo-cronyism.”

Of course coming from Leatherman it probably shouldn’t be surprising.

This is just how business is done in South Carolina.  To the victors, go the spoils …