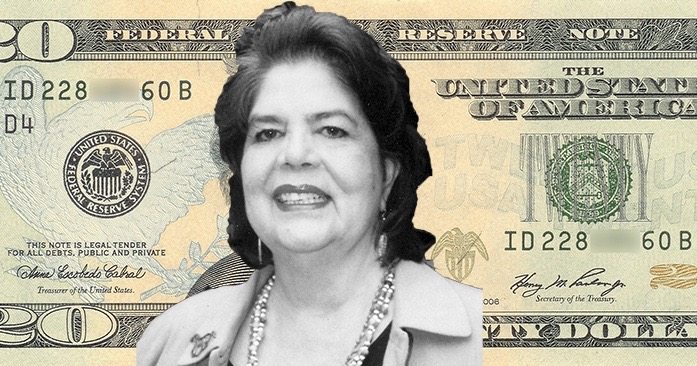 Because Washington, D.C. doesn’t have enough real problems to make worse, Shaheen has filed legislation aimed at putting more women on U.S. currency.  Shaheen is carrying water for Women on 20s, a group which wants to see a woman on the $20 bill prior to 2020.

In addition to making tesicles shrink across the country, Mankiller’s selection would be ironic seeing as the current occupant of the $20 bill – former U.S. president Andrew Jackson – was known as “Sharp Knife” by the Cherokee for his brutal methods of removing indigenous peoples from their native lands.

We don’t really care who is or isn’t on U.S. currency … we’re far more concerned with efforts to manipulate it to the benefit of a wealthy few.

“Tump Tump” Got Foreclosed On …