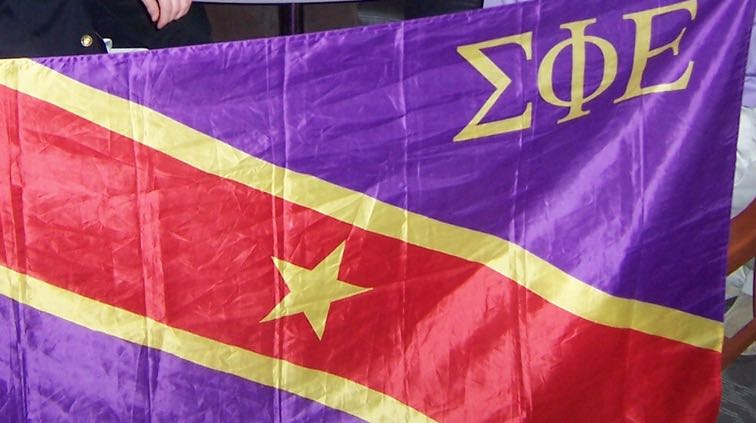 FACTS, ALLEGATIONS AND TROUBLING CONCLUSIONS ABOUT THE DEATH OF TUCKER HIPPS

|| By LEN ANTHONY ||  Let’s start with the undisputed facts:

1) On September 22, 2014, Tucker Hipps and 26 of this fellow Sigma Phi Epsilon pledges were required by the fraternity to engage in a pre-dawn run that took them over a bridge that spans Lake Hartwell.  They were accompanied by three SigEp brothers.

2) During the run Hipps went over the bridge guard rail and fell to his death.

3) As of this date, six months later, none of the other runners has any knowledge of how Hipps went over the guard rail and died.

Now, let’s turn to the allegations of the wrongful death complaint filed last week by Hipps’ parents.  I believe it’s safe to say these are allegations that anyone familiar with fraternities would have no trouble believing:

1) Hipps was ordered by the fraternity brothers to purchase McDonald’s breakfasts for the 30 runners using his own funds.

2) Hipps did not have the money to make the purchase.

3) The three fraternity brothers were mad at Tucker for not buying breakfast.

4) Ordering pledges to jump off the bridge into Lake Hartwell was a fraternity tradition.

Next, we have the unbelievable:

1) Not a single one of the 29 other runners saw, heard or knows anything about how Hipps ended up dead in Lake Hartwell.

2) Not a single member of the fraternity has stepped forward questioning the credibility of these 29 young men.

3)  The only media report in which any of the parents of the 29 runners address Hipps’ death involves the parents of individual defendant Sam Carney – who was one of the three fraternity brothers who participated in the run.  Carney’s parents told their son to tell the authorities the truth about what happened to Hipps. (We are waiting).

4) There has been no report that the national SigEp organization has stepped forward to encourage the fraternity members of the Clemson chapter to tell the authorities what they know.

5) The fraternity would have us believe Hipps voluntarily climbed or jumped over the guard rail into the lake without any urging by a member of the fraternity while no was watching – and that no one missed him until several hours later.

6) Hipps’ parents have been forced to file suit against Clemson, the fraternity and three individual fraternity brothers to find out what happened to their son.

Wow, and these are the “lifelong true friends” fraternities advertise young men will make when they become members? With friends like these …

Too bad Hipps’ parents had to file a civil suit in an attempt to obtain justice. The law enforcement and prosecutorial powers of the state should come down upon Clemson, the fraternity and the Oconee sheriff like a ton of bricks until this is resolved. What’s SLED’s role? Where’s the AG — whom Sic slobbers over every week? This, unfortunately, stinks of South Carolina “justice.”

Colonel..I think we talked about this last week. Who is saying Clemson is at fault? This guy.

He has a point – “The Clemson” potentially has some pecuniary liability here. “The Clemson” in this case made be found to have some liability because they new, should have known or had reason to know that there was some unsafe behavior being conducted by one of their organizations. Not saying I necessarily agree, but when you’re trying to get to the bottom of something like this you “turn over the rock under the rock” to apply the maximum amount of pressure to the guilty parties.

I’d be surprised if the lawyers don’t get some money out of “The Clemson”.

Of course, Clemson will certainly pay something here.

That said, the SC Tort Claims Act will ensure that Clemson pays a very minimal amount in comparison to the plaintiff’s demand.

Your last sentence is what it is all about. Ambulance chasers trying to tie in as many deep pocket defendants as possible. Then the insurance companies pony up some cash to settle the suit without defendants accepting liability. Sit in on a construction mediation and you will see how the game is played.

“…Sit in on a construction mediation…

I have on all sides. One of my staff officers in the good old days made his living as an expert witness for a big box store testifying in these cases and I went with him a couple of times to hold the briefcase – I thought it was funny until I got named in one and then later had to provide evidence for the gubamint in some milcon at Fort Bragg.

How can Clemson University possibly know what every student is doing at all times of the day?

Again…when did college become a kindergarten?

Does USCe, or any college for that matter, perform that type of monitoring on their paying students?

E Norma Sucks did the State Univeristy of South Carolina deny your dumbass 20 years ago? or were the cattle that appealing at the Lamaster Dairy Center? Got get off here and drop a Duce, Dont worry I’ll say bye before i flush.

Clemson is named in the civil suit. As the Colonel points out: They may have liability, otherwise why name them? If you start shining lights under all the rocks, who knows what will scurry?

Actually, no ‘justice’ has been obtained and no ‘facts’ have been proven. No trial has been held and no jury has been selected.

Any lawyer that would write this garbage, either knows it is garbage or should be disbarred.

My point — exactly. Why no justice? No arrests? No progress?

A culture of secrecy has long been present at Clemson. Part of it stems from its military heritage, where a few individuals could simply tell everyone else to step away and allow the administrative brass to handle the situation. What many in the administration and Board of Trustees do not realize is that society has changed. Technology has made it easy for thousands of people to communicate rapidly about issues in the news. In the past, the Hipps case may have faded, as information would have been difficult to obtain. Now the case is all over the Internet, and the push for additional information continues. With any luck, the pressure will continue to build until someone decides to clear his conscience.

Wow. I was a student at Clemson for all that time, received 2 degrees, and never knew about this long-standing “culture of secrecy”. You learn something new every day.

Exactly. You were a student, and never learned anything about it.

Item from the news that happens to relate. http://www.greenvilleonline.com/story/news/local/2015/04/06/clemson-former-board-secretary-debate-confidentiality-university-records/25378935/
And remember, with insurance included, CU spent upward of $2 million the first go around, attempting to prevent discovery.

Don’t you know that dumb face has all knowledge in all matters relating to Clemson? His butt buddy is Troutman who the legal profession will soon drop like a hot potato after they exhaust him of funds and determine that they aren’t going to squeeze money out of Clemson.
Face further says it is because of the military heritage. I guess Clements and the majority of BOT members come from that “military heritage”. Typical of face’s powers of research. What’s the count face?

I believe Troutman has already spent most of his funds trying to seek justice, while ignorant Clemson true believers like you will defend corruption until the Clemson cows come home. No matter: CU is being handed its ass in the national media. Tillman, Hipps death, Cripmas, the list goes on and on.

When the cash flow stops, Troutman’s lawyers will drop him. Awaiting your statistics on the “military heritage” influence on Clements and the BOT. Hint: Clemson hasn’t been military for more than 50 years.

FYI, “national media” doesn’t pay the bills. Income sources are from tuition, fees, grants, etc. not “media”. Once they (media) tire of it they will move on to something else. As Sinatra is reputed to have stated, all media are just pimps, trying to get someone F&%$ed.
Clemson was good enough for the son of the CBS news anchor.

Gee, two degrees from Klem and Son? How are things there at McDonalds?

On the other hand I have been led to believe that a conscience in the greater Upcountry can be purchased on the open market for little more than 2 roosters, 3 laying hens, a donkey, a camel, two doves, a snail and a lifetime daily free breakfast at Waffle House

It certainly does not appear to be their strong suit. But maybe one will cave to the pressure.

“A culture of secrecy has long been present at Clemson”.

I doubt you know anything about Clemson you haven’t first read on FGF.

If you had a map…could you even find Clemson?

If you only knew where I get my information . . .

Let the authorities investigate this. I CERTAINLY am not deferring to FITS News as any sort of MORAL Authority…to the contrary…

Another story reminding us that fraternities don’t live up the glorious image they project for themselves:

Most of them started out as “eating clubs’ – organizations that came about to provide a good meal and a drink to their members.

A couple more bullet points:
1) folks like to avoid homicide charges
2) sometimes the “authorities” help them
3) pissed off parents don’t have to accept it

So, does this mean fraternities operate more like gangs than highfaluting social organizations for the upper classes?
Who woulda thunk?

Time for lie detector tests. If they want the truth, that will make it happen.

Until the truth comes out, these boys should be expelled. If not, Clemson has lost all credibility.

Expel who? Everyone? On the grounds they might know something? If you want to talk about lawsuits….

All of you have reached a new low. You people know nothing about Clemson so you just make up your own crap. I would put CU’s integrity up against any school. As for Troutman, his actions tell what kind of person he is. He has sticky fingers.

Culture of secrecy……you all are delusional!!!

Are you delusional? It’s not a culture of secrecy, if so it’s the worst kept secret. Just ask Brad Land about hazing.

I believe the clueless VoiceofReason was attempting to refute my characterization of it. Here is some more reading material, from the Anderson paper. http://www.independentmail.com/opinion/release-records-on-hipps-death

Clemson has clear exposure to civil liability. They were told about the 5:30 am “fun run.” This is HAZING. They did nothing. The University turns a blind eye to fraternity and sorority hazing and failed to investigate and take action. Mark my words they will write a check for this one. The kids who know what happened and erased phone texts should go to jail.

With friends like these is right. This story makes me sick. I don’t understand the anemic response from the school, the fraternity and the boys themselves. From what I’ve read Tucker was a formidable athlete, so I find it hard to believe he lagged so far behind that no one noticed anything. Furthermore as the article states it would seem unlikely he would choose to jump into the water of his own accord. And lastly the fact that it took these boys all day before they alerted the authorities is not only suspect but in and of itself criminal! These poor parents not only lost their only child, but are now forced to file a civil suit to find some answers. I can’t imagine anything more painful.