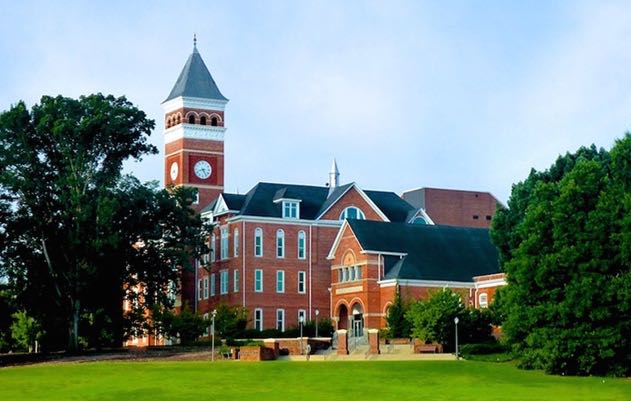 || By FITSNEWS || The son of a U.S. Congressman is one of three fraternity members named as defendants in a wrongful death suit brought by the family of Tucker Hipps, the 19-year-old Clemson student who died last September after an “unsupported fall” from a bridge near campus.

Samuel Quillen Carney – son of U.S. Rep. John Carney – is one of three members of the Sigma Phi Epsilon fraternity named in the suit.  Carney, a Democrat, has represented Delaware in the U.S. House since 2011.  Prior to that he spent two terms as the state’s lieutenant governor.

Circumstances surrounding Hipps’ untimely passing remain shrouded in secrecy, but the $25 million lawsuit filed by his family strongly suggests fraternity hazing was involved.  That’s consistent with what Clemson students told us at the time – and with our follow-up reports.

For our complete coverage of the Tucker Hipps’ wrongful death lawsuit, CLICK HERE.

Believe there are two civil suits for total of $50 million

Hope they double the award to $100 million

Take note everyone, and example of Taylor Brown’s notion that the Greek system produces “leaders”.

In her defense she never clarified the type of “leaders”

I remember when I was a pledge and we had to do dumb stuff, but nothing that was life threatening. Just makes zero sense as far as people have taken this (Brothers that is).

I’m curious as to why the Congressman and former Lt. Governor’s son is going to school out of state to another state school.

The same reason that the other 35% of the student body that’s from out of state is – they like that hideous orange.

I’d go with Belles, warmer weather and away from Daddy but not necessarily in that order.

Are all these spoiled white frat boys involved in a criminal conspiracy to cover up manslaughter or negligent homicide? Is there a code of silence in effect? A young man is dead and someone needs to have the moral character to tell the truth. The Sigma Phi Epsilon’s motto is : Building Balanced Men. I learned a good man tells the truth and takes responsibility for his actions. Let’s see some honesty and courage as part of that balance being built.

Who represents the family?
Nice picture of Tillman Hall, btw – a building named for an unrepentant self confessed murderer.
Maybe they can name the bridge after the assholes who did this and lied about it.