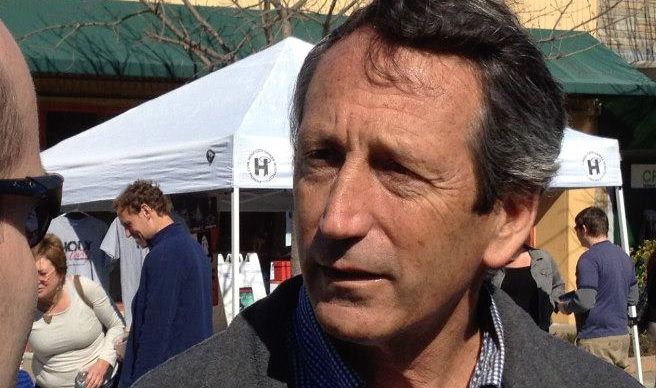 BUT WILL THEY SWAY HIS VOTES?

|| By FITSNEWS ||  As regular readers of this website are aware, Amy Lazenby (our former liberal guest columnist) is a solid writer.  Her pieces for FITS were always lucidly written, well-conceptualized and well-researched.  And more often than not they were very convincing.

But Lazenby is a self-identified liberal … which makes her hiring as the mouthpiece for a guy claiming to be one of the most “conservative” members of Congress a bit surprising.

FITS readers will recall Sanford hired a liberal environmental lawyer to be his chief of staff last year.  Prior to that he hired a liberal supporter of left-leaning South Carolina billionaire Darla Moore to run the day-to-day operations of his Washington, D.C. office.  Now he’s got a liberal managing his media?

Is the “Luv Gov” switching parties?

Obviously we don’t care nearly as much about an elected official’s staffing moves as we do about their record … although Sanford’s “prayerful” decision to vote for U.S. Speaker of the House John Boehner (who immediately screwed taxpayers over big time on Obama’s executive amnesty) was quite telling.

That was a “gut-check” vote – and Sanford failed it.

Additional “gut-check” votes are coming up … on the crony capitalist Export-Import Bank and “Obamatrade,” to name just a couple … and Sanford will be squarely in the spotlight on both votes.

Will he stand with taxpayers?  Or be pulled further to the left?