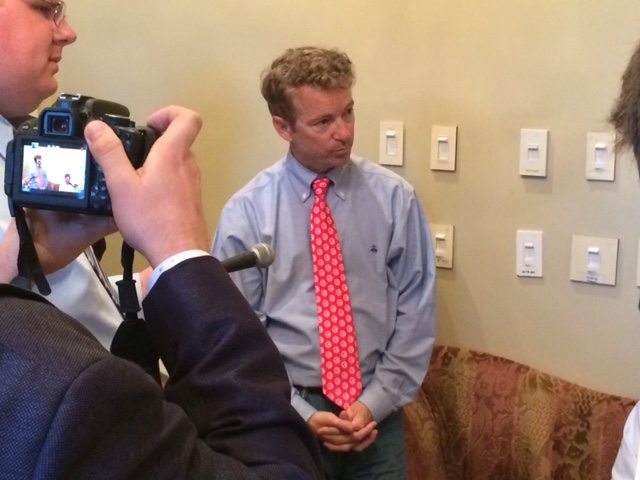 CAN HE BACK IT UP?

|| By FITSNEWS || At the end of the day there are only two issues which matter in politics: Taxes and spending.  And while these may manifest and morph into a million and one different discussions … evoking the economy, ideology, philosophy, theology, you name it … when it’s all said done we’re left with basic math.

Seriously … the rest is just rhetoric.

So naturally we were intrigued when U.S. Senator Rand Paul teased his 2016 tax policy at this year’s Conservative Political Action Conference (CPAC) in Washington, D.C.

“In the coming weeks, I will propose the largest tax cut in American history – a tax cut that will leave more money in the paychecks of every worker in America,” Paul said. “My tax plan will get the IRS out of your life and out of the way of every job creator in America.  My plan will also cut spending and balance the budget in just five years.”

Paul didn’t show his hand, his math … or even hint at how he might achieve these goals, although his reference to getting “the IRS out of your life” seems to indicate he is approaching the issue with the broad goal of either eliminating or dramatically curtailing the role of the hated Internal Revenue Service.

Good … if the 2013 IRS scandal taught us anything, it’s that this corrupt agency and its labyrinthine, outdated, anti-competitive tax code must go.

Obviously Paul won’t be the only 2016 presidential hopeful to propose such big ticket reform … which is why we look forward to seeing the numbers behind his plan (and any other proposals that get rolled out between now and next winter).