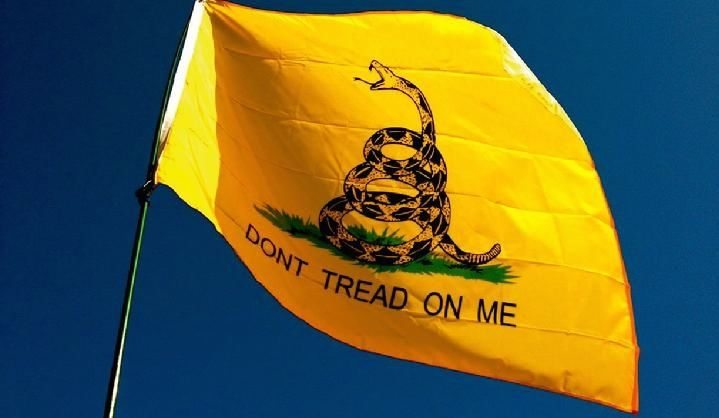 “RINOs,” NOT DEMOCRATS GET BEAT UP AT SOUTH CAROLINA CONVENTION

By TAYLOR BROWN ||  What was the main theme at this week’s S.C. Tea Party Coalition convention in Myrtle Beach,S.C.?  Surprisingly, it didn’t involve anyone chanting “END THE FED;” “9/11 Truth Now; “chemtrails are real, y’all;” or “return to the gold standard,” as I had previously suspected.

Nor was anyone wearing a tin foil hat with their “Ron Paul Revolution” t-shirt … at least not that I could see.

Rather, the rallying cry was a constant, caustic refrain against “Republicans in Name Only” coming from both the Tea Party attendees and the speakers eager to win their votes.  Every prospective presidential hopeful had something negative to say about these moderate Republicans—some with a more gusto than others.

The targets?  Former GOP nominee Mitt Romney, former Florida governor Jeb Bush and New Jersey governor Chris Christie – all of whom are eying 2016 bids of their own.

“Do you think wealthy people care whether their president cares about them? No,” he said, referencing an exit poll question about which 2012 candidate cared more about the voters.

“Who cares? Lower or middle income folks who are struggling,” he said.  “And guess what, our candidate only got [about] 19 percent of that vote.  We better have a party and a movement that addresses and cares about the people who are losing hope and feeling like America doesn’t work for them anymore.”

Ben Carson, who gained fame after his speech at the 2013 National Prayer Breakfast – was a little more pointed than Santorum in his criticism of the “establishment” Republicans.

“Our founders wanted to make sure there was no such thing as a political class – a select, small group of people out of which we consistently pull our leaders,” he said.  “That hasn’t worked so well for us … What we need are intelligent people who have common sense, some humility … and faith in God.”

Is this an insinuation that Washington’s choice will always get the nod?  Does the house always win?  And does it mean Romney lacks humility, common sense and faith?

Billionaire mogul (and hair icon) Donald Trump – always saying exactly what he thinks – had barely powered down the engines on his posh private jet before he was firing away at the “establishment” Republicans.

“Mitt Romney … let us all down,” he said. “He couldn’t even win an election against a failed president. For him to be running again is outrageous!”

Trump also slammed Bush, saying “the last thing this country needs is another Bush.”  He later said all the Bushes had given America was “Obama and Chief Justice (John) Roberts – who gave us Obamacare.”

At least the Bushes haven’t given us a comb-over.

Senator Ted Cruz of Texas was perhaps the most punishing in his critique of Romney (and the DC-style Republicans).

“If we nominate another candidate in the mold of a Bob Dole, John McCain or Mitt Romney … the same people who stayed home in ’08 and ’12 will stay home in ’16, and the Democrat will win again … Do we go back to the same old, same old? Or do we stand for principle?”

No one mentioned the fact that Romney gave a woman cancer which led to her death… (Hello, Joe Soptic!!) You’d think that’d be a reason not to support the moderates – they’ll kill you!

While I’m frankly not surprised these 2016 potential candidates slammed the establishment at a Tea Party Convention, I think it’s important to point out that the only people who seem to like the “inside the beltway” candidates are other DC-minded folks, NGOs, and corporations who fund their war chest.

In 2014 America voted out Democrats and voted in Republicans (of differing levels of conservativeness), which raises the question: Will America simply vote in any Republican? Or will conservatives “stay home in ‘16” if a moderate is nominated (as Cruz asserts)?

Is America ready to see “any old Republican” in 1600 Pennsylvania Ave – even if they’re considered a “RINO” (a phrase that was repeated ad nauseam this weekend) simply because they’re so tired of this Administration’s incessant snafu after snafu?

Most importantly if these hardline conservative candidates continue to rail against the moderates, then this election promises to be a dirty one.  There may even be more mudslinging among GOP candidates than there is mudslinging across party lines.  In such an environment, will the Democrats even have to go negative against the Republicans? Especially seeing as their nominee is already effectively chosen?

I, for one, look forward to seeing just how dirty 2016 will get.