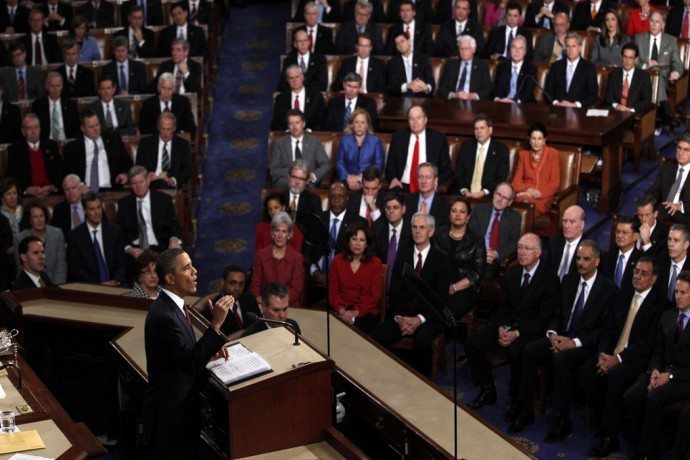 || By RICK MANNING || Conservative leaders recently unveiled a bold new blueprint for Congressional Republicans — who are in control of the entire legislative branch of government for the first time since 2006. Signed by numerous reputable organizations with decades of experience advancing conservative ideals, the document did not tread gingerly — nor should it have.

“The November election was a repudiation of President Obama’s dramatic expansion of government power both through legislative and executive actions,” its preamble noted. “The voters demanded that Congress stop this President’s fundamental transformation of America using every power at their disposal, restoring Constitutional balance of power, and ending the Executive Branch abuses against both the citizenry and the foundational concept that individual rights are derived from God, not government.”

Simply put, those are “fighting words” — and there is ample reason (and opportunity) for Republicans to use their congressional majority to fight the good fight. Across the country, Obama’s regulatory wave of fundamental transformation is targeting American innovation, incomes and individual liberty. And as our nation drowns deeper in debt, the president’s overreach only grows bolder and more dangerous.

The consequences are increasingly visible in the form of stagnant income levels, a record 92.9 million working age Americans not participating in the work force and an economy in which small businesses are dying faster than they can be created.

“The U.S. now ranks not first, not second, not third, but 12th among developed nations in terms of business startup activity. Countries such as Hungary, Denmark, Finland, New Zealand, Sweden, Israel and Italy all have higher startup rates than America does,” Gallup’s Jim Clifton noted this week.

Such conditions demand an aggressive Republican defense of conservative economic principles — not more accommodation of the Obama agenda.

Yet inexplicably, the first thing the GOP did after winning its majority was cave to Democrats on a pork-laden lame duck budget resolution. Rather than stand firm against Obamacare and executive amnesty — they punted. According to the authors of the conservative manifesto, GOP leaders “stuck a collective thumb in the eye of the voters by working with the White House to undercut that vote and become complicit in government’s expansion.”

The conservative leaders went on to say this 1,774-page, $1.1 trillion boondoggle “undercut the incoming majority’s ability to govern” and “delivered to Obama and crony capitalists what they wanted.” Which of course was the certification of executive amnesty and another year of full funding for Obamacare.

Rick Manning is president of Americans for Limited Government.  This piece (reprinted with permission) originally appeared on NetRightDaily.com.