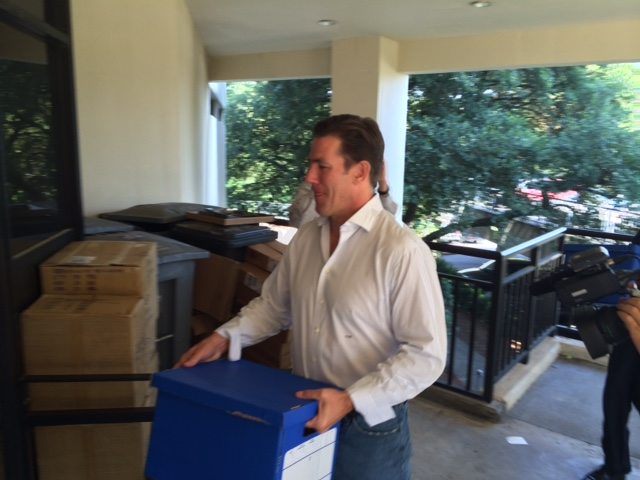 || By FITSNEWS || Former S.C. Treasurer Thomas Ravenel is blaming FITS founding editor Will Folks for his disappointing showing in last year’s race for the U.S. Senate.

Ravenel – a petition candidate aggressively promoted by this website as an independent alternative to liberal U.S. Sen. Lindsey Graham – slid into irrelevance after parting ways with his most infamous “volunteer” in late August.  After polling in double digits for most of the summer and early fall, Ravenel collapsed – finishing the race with less than four percent of the vote.

In fact we wrote his political obituary a month before election day.

According to Ravenel, the blame rests exclusively on the only person in South Carolina politics who took him seriously … well, for awhile.

“In looking back at my last race, the biggest mistake I made was hiring Will Folks,” Ravenel wrote on his Facebook page. “Several people warned me that he was an extortionist and one person told (me) that after he left me he was on my opponent’s payroll to destroy my campaign (I have no proof of this but it rings true) and even enlisted the help of my ex girlfriend Kathryn Dennis.  With friends like these who needs enemies.  One gal sent me an a FB message claiming that she had to get two restraining orders against this creep.  I should have listened to my friends.  Live and learn.  Die and forget it all.”

“It’s been written that victory has 1,000 fathers and defeat is an orphan, but Thomas apparently believes I am the ‘baby daddy’ of his career-ending loss,” he said.  “That’s too bad.  The very least he could have done was refer to it as our shared love child.”

In all seriousness, we bear no ill will toward Ravenel.  We sincerely hope he gets the help he needs …