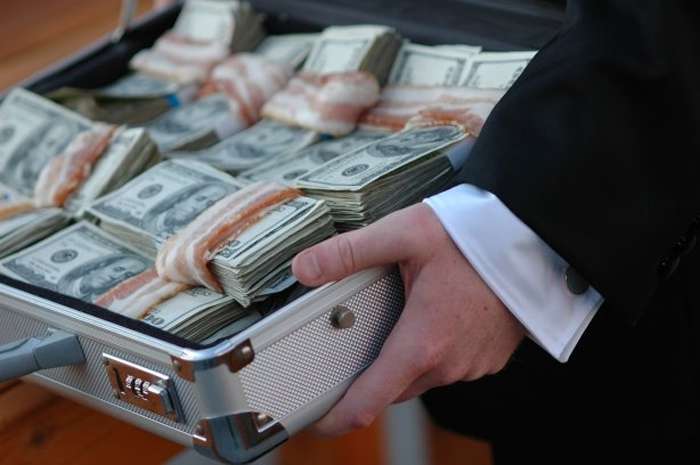 || By FITSNEWS || We typically keep our political commentary focused on the eastern banks of the Savannah River, but a story out of Georgia this week has drawn our gaze to the west …

We started connecting the dots in the aftermath of this week’s vote in the U.S. House of Representatives to reelect liberal John Boehner as Speaker of the “Republican-controlled” chamber.

Boehner, as we’ve previously noted, has absolutely no business calling himself a “Republican” – let alone leading the party.  And that’s not just our libertarian-leaning, independent perspective talking – the vast majority of “Republican” voters are done with him, too.

How come?  Because Boehner stands for nothing good … and caves to everything bad.

But we’ve made our reasons for opposing this big government, Barack Obama accommodator crystal clear in the past …

The purpose of this post is not to bash Boehner again, it’s to look at the disappointing behavior displayed by those who said they would oppose his reelection as Speaker … and then didn’t.

Specifically, we’re looking at U.S. Reps. Jody Hice and Barry Loudermilk of Georgia.  Both men – elected in 2014 – cast their first votes as members of the U.S. House for Boehner.  Hice is a Southern Baptist pastor and radio show host who represents Georgia’s tenth district.  Loudermilk?  He’s a former member of the Georgia General Assembly who represents the state’s 11th district.

Both men had indicated their intention to oppose Boehner – in fact Hice used his opposition to Boehner as a central plank in his campaign.

During a July 2014 debate against his GOP primary opponent Mike Collins, Hice said he would support “new leadership, and new leadership with a backbone” over Boehner.  Not only that, he accused Collins’ father, former U.S. Rep. Mac Collins – of being a politician who “went along with the establishment.”

Hice went on to say the younger Collins’ “looks like a sequel that’s a nightmare.”

Yeah … who’s “going along with the establishment now?”

Loudermilk was equally adamant in his refusal to back Boehner – informing reporters last February that he would not vote for the Speaker’s reelection.

But when it came time to cast their ballots, both of these Georgians sold out … backing the Speaker they were campaigning against only months earlier. 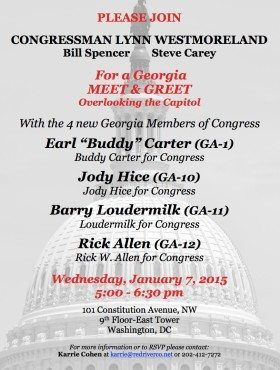 Obtained from our network of Washington, D.C. sources, that’s an invitation to a fundraiser hosted by fiscally liberal Georgia “Republican” Lynn Westmoreland – a Boehner lap dog who is the current deputy chairman of the National Republican Congressional Committee (NRCC).

“This event was announced just prior to their vote when the two freshmen who promised to vote against Boehner had a change of heart,” one source familiar with the invitation told FITS.

Westmoreland – who like Hice and Loudermilk claims to be a social conservative – is no stranger to doing Boehner’s bidding.  In 2013, he helped lead the “purge” of conservative lawmakers who opposed Boehner’s 2013 renomination – calling them “assholes.”

This website has been exceptionally hard on the South Carolina “Republican” lawmakers who supported Boehner – especially Mick Mulvaney and Mark Sanford, both of whom have built their brands on the sort of free market fiscal conservatism that’s totally at odds with Boehner’s big government ideology.  But at least Mulvaney and Sanford didn’t get thirty pieces of silver for their Boehner votes … or if they did, they were smart enough not to announce the payoff hours before their betrayal.

These Bible-thumping Georgians are emblematic of everything wrong with politics … and the “Republican” party.

They’re hypocrites.  Pharisees.  Liars who are willing to say anything to get elected.

In assessing the new “Republican” majority last month, we noted that it “isn’t going to look a helluva lot different from the Democratic majority when it comes to the two things that matter most of all to you – taxing and spending.  As we’ve noted ad nauseam , all that’s changed (again) is which party has its grubby paws on the taxpayer spigot.”