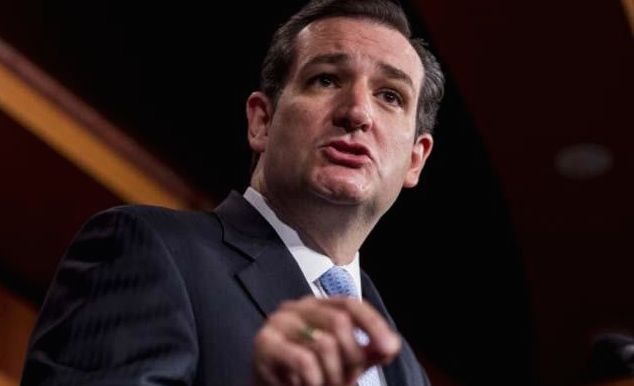 TEXAN LOOKING TO SHORE UP “CONSERVATIVE” SUPPORT IN PALMETTO STATE

The Texan – who along with U.S. Sen. Rand Paul is seeking to emerge as a leading alternative to the GOP “establishment” – is the third presumptive “Republican” presidential prospect to commit to the event, which is being held in mid-January in Myrtle Beach, S.C.

Also attending?  Social conservative Rick Santorum – who ran unsuccessfully for the GOP nomination in 2012 – and neurosurgeon/ author Ben Carson, who is mulling a presidential bid of his own.

We’ll be honest: This website has little use for the “Tea Party” label – just as we have little use for the term “conservative” and absolutely zero use for the “Republican” identifier.  These self-applied designations have been debased over the years – stripped of all meaning by dozens of self-serving politicians who used them exclusively for personal promotion, not public (i.e. taxpayer) protection.

Show us your votes, candidates … not your labels.

Anyway, while the politicians who pander to this crowd may be (and usually are) completely full of it … Tea Partiers vote.  And in many instances, the issues that matter to them are worth discussing – and acting on.  For example, we support the Tea Party in its bid to get rid of the notoriously corrupt Internal Revenue Service … an issue which will be front and center at this year’s gathering.

Our hope?  That the Tea Party can channel the crazier angels of its nature and develop a more credible identity and coherent message – one that eschews opportunistic politicians and embraces specific policy proposals (like dumping the IRS and the existing tax code in favor of a fairer, flatter consumption-based tax).

The 2015 Tea Party convention in South Carolina will take place from January 17-19 at the Springmaid Beach Resort in Myrtle Beach, S.C.  For registration information, click HERE.