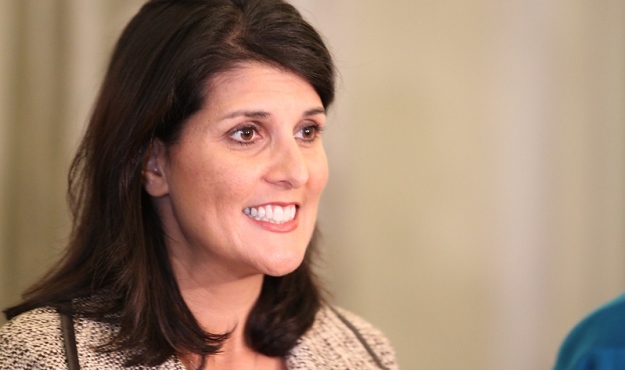 By FITSNEWS  ||  To hear the South Carolina mainstream media tell it, S.C. Gov. Nikki Haley loves the Palmetto State so much there’s no way a national gig could possibly cause her to lose focus.  Take the chairmanship of the Republican Governors Association (RGA), a job she claims to have passed on this year.

“I told them my focus really needed to be on South Carolina right now and it wasn’t something that I’m interested in,” Haley told The (Charleston, S.C.) Post and Courier .  “So you’re not going to see me attempt, try or want a chairmanship either for this year or next year.”

“I’m honored and I appreciate the fact they thought of me, but at the same time I respect them enough to know they deserve better at this point,” Haley continued. “Everything I want to do is here and I need to be focused on that.”

Well here… or in India.

Anyway … since the Post and Courier published its story last week, FITS has heard from several sources who tell us a vastly different story about Haley’s “decision” to disavow interest in the RGA leadership post.

“She was working it,” the source – who works for another GOP governor – told us.  “It’s not a secret.”

So … why didn’t Haley get the job?

“She didn’t have the votes,” another source familiar with Haley’s efforts told us.

Ahhhh … and there it is.

The irony of this story?  With South Carolina’s income levels and labor participation scraping the bottom of the national barrel … it might be a good thing for residents of the Palmetto State if Haley were to focus her attention elsewhere.