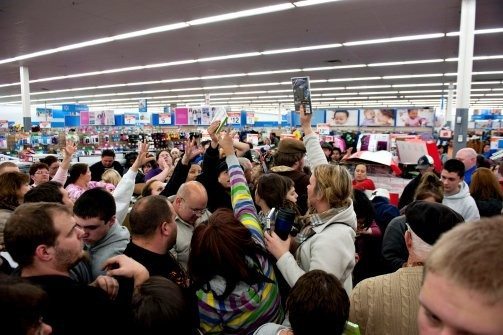 By FITSNEWS || The 2014 holiday shopping season is about to kick into high gear as retailers prepare for Black Friday and the ensuing post-Thanksgiving rush.

What sort of holiday shopping season will it be?  Early predictions call for a ramp up in holiday shopping – with the National Retail Federation (NRF) projecting a 4.1 percent increase from last year (which itself saw a 3.1 percent bump, according to the group’s numbers).  That would translate into $616.9 billion worth of sales during the months of November and December – minus car, gas and restaurant purchases.

Here in South Carolina, Winthrop University is slated to release a poll later this week detailing Palmetto State residents’ views on “the economy and how much they plan to spend on Christmas gifts.”

We’re hoping for a big year.  Contrary to the vibe we sometimes give off, this website is not all doom and gloom when it comes to the economy (although we’re not all rainbows and unicorns either).  We love capitalism – and we love watching it succeed.  In fact we love imagining how successful our economy might be if government stopped “helping” and let capitalism do its thing.

For those of you keeping score at home, 45 million Americans went shopping on Thanksgiving last year – up from 35 million in 2012.  That number is expected to climb again this year.  And while 56 percent of all holiday spending still takes place in December, that percentage has been steadily declining for the past three years as the share of November spending increases.

When (and where) will you do your holiday shopping?  And do you plan on spending more or less this season?