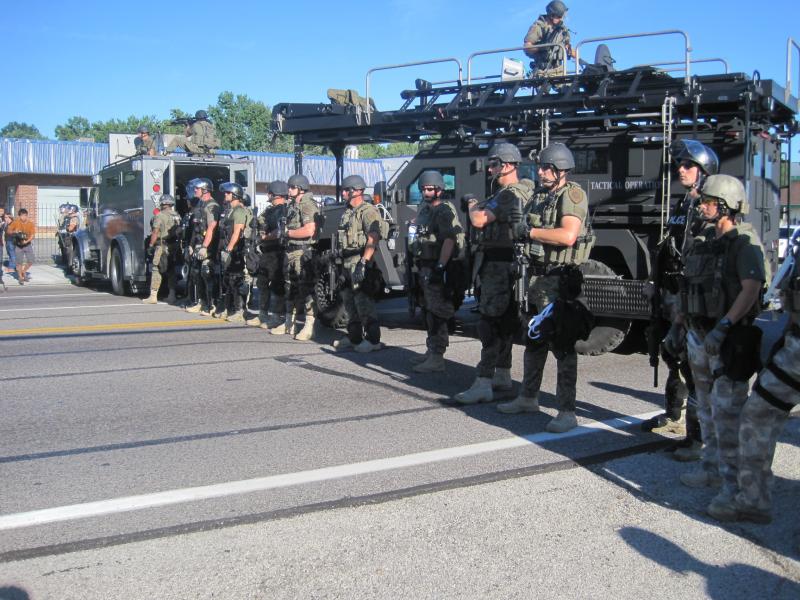 By FITSNEWS || Leaving nothing to chance, Missouri Gov. Jay Nixon has declared a state of emergency and called out the National Guard in Ferguson in anticipation of the St. Louis County grand jury’s decision regarding police officer Darren Wilson.

Wilson is the white cop who fatally shot 18-year-old robbery suspect Michael Brown back in August – an incident which exploded racial tensions in America and launched a debate over the excessive militarization of local police forces.

Will Wilson be charged with a crime in the shooting of Brown?  We’ll know soon …

According to several witnesses at the scene, Wilson shot Brown while the latter was holding his arms up to indicate he was not carrying a weapon.  Police have countered that narrative, saying Brown – a suspect in a convenience store robbery – engaged in a scuffle with Wilson prior to the fatal shooting.  A private autopsy done at the behest of Brown’s family revealed he was struck by six bullets – one of which resulted in his death.

Family members referred to his shooting at the time as an “execution.”  Meanwhile, U.S. Attorney General Eric Holder has been accused of attempting to suppress information supportive Wilson’s version of events – hoping to bolster his case that the shooting was part of a pattern of racist behavior on the part of the Ferguson police department.

Specifically, leaked information from within the Ferguson grand jury room indicates multiple black witnesses – fearful for their safety – have corroborated Wilson’s story.  Also, the official autopsy of Brown’s body – conducted by two forensic pathologists – included a hand wound which appears to be consistent with the close-range scuffle Wilson claims to have had with Brown prior to the shooting.

Holder – who has called for “wholesale change” in the Ferguson police department – has said he believes local cops are leaking the grand jury information.

Barack Obama On Jonathan Gruber: Then And Now