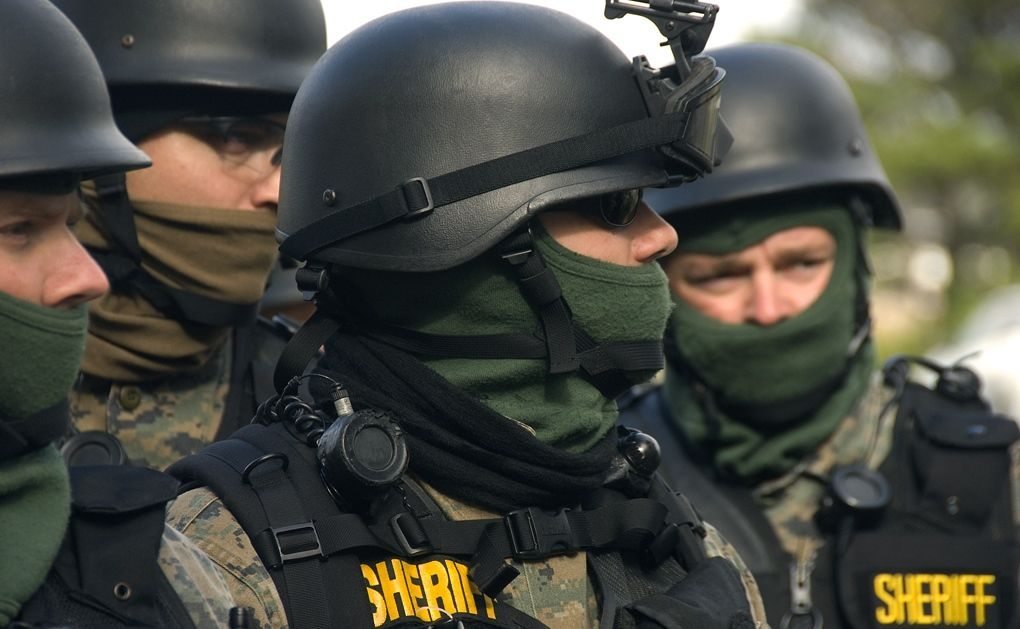 MILITARIZATION OF LOCAL POLICE A TREND THAT MUST BE REVERSED

By Ron Paul  ||  America’s attention recently turned away from the violence in Iraq and Gaza toward the violence in Ferguson, Missouri, following the shooting of Michael Brown.  While all the facts surrounding the shooing have yet to come to light, the shock of seeing police using tear gas (a substance banned in warfare), and other military-style weapons against American citizens including journalists exercising their First Amendment rights, has started a much-needed debate on police militarization.

The increasing use of military equipment by local police is a symptom of growing authoritarianism, not the cause.  The cause is policies that encourage police to see Americans as enemies to subjugate, rather than as citizens to “protect and serve.”  This attitude is on display not only in Ferguson, but in the police lockdown following the Boston Marathon bombing and in the Americans killed and injured in “no-knock” raids conducted by militarized SWAT teams.

One particularly tragic victim of police militarization and the war on drugs is “baby Bounkham.”  This infant was severely burned and put in a coma by a flash-burn grenade thrown into his crib by a SWAT team member who burst into the infant’s room looking for methamphetamine.

As shocking as the case of baby Bounkham is, no one should be surprised that empowering police to stop consensual (though perhaps harmful and immoral) activities has led to a growth of authoritarian attitudes and behaviors among government officials and politicians.  Those wondering why the local police increasingly look and act like an occupying military force should consider that the drug war was the justification for the Defense Department’s “1033 program,” which last year gave local police departments almost $450 million worth of “surplus” military equipment.  This included armored vehicles and grenades like those that were used to maim baby Bounkham.

Today, the war on drugs has been eclipsed by the war on terror as an all-purpose excuse for expanding the police state.  We are all familiar with how the federal government increased police power after September 11 via the PATRIOT Act, TSA, and other Homeland Security programs.  Not as widely known is how the war on terror has been used to justify the increased militarization of local police departments to the detriment of our liberty.  Since 2002, the Department of Homeland Security has provided over $35 billion in grants to local governments for the purchase of tactical gear, military-style armor, and mine-resistant vehicles.

The threat of terrorism is used to justify these grants.  However, the small towns that receive tanks and other military weapons do not just put them into storage until a real terrorist threat emerges.  Instead, the military equipment is used for routine law enforcement.

Politicians love this program because it allows them to brag to their local media about how they are keeping their constituents safe.  Of course, the military-industrial complex’s new kid brother, the law enforcement-industrial complex, wields tremendous influence on Capitol Hill.  Even many so-called progressives support police militarization to curry favor with police unions.

Reversing the dangerous trend of the militarization of local police can start with ending all federal involvement in local law enforcement.  Fortunately, all that requires is for Congress to begin following the Constitution, which forbids the federal government from controlling or funding local law enforcement.  There is also no justification for federal drug laws or for using the threat of terrorism as an excuse to treat all people as potential criminals.  However, Congress will not restore constitutional government on its own; the American people must demand that Congress stop facilitating the growth of an authoritarian police state that threatens their liberty.