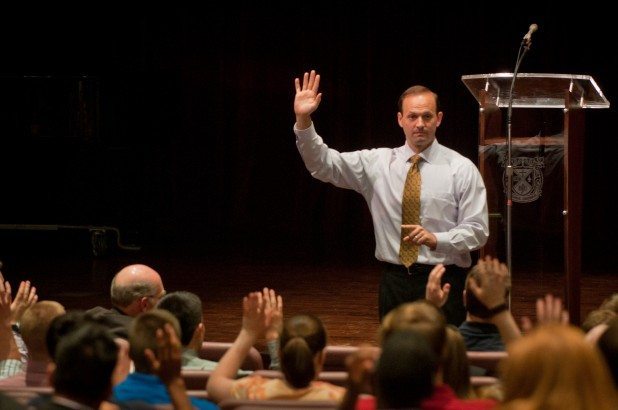 By FITSNEWS  ||  You can count the number of people in South Carolina politics who impress us on one hand … and with good reason.. The Palmetto State’s “leadership” is awash in corrupt self-service

For a good while, though, one of those people who has impressed us has been S.C. Attorney General Alan Wilson.

It wasn’t always this way …

When Wilson ran for attorney general in 2010 we were highly skeptical – and critical – of his bid.  We figured he was nothing more than another guffawing glad-hander like his fiscally liberal father, Joe Wilson, who briefly tacked to the right as the Tea Party movement ebbed (but has since shifted back to the left).

We were wrong about Wilson though …

He’s been (thus far) a pleasant surprise in office, emerging as one of the handful of South Carolina elected officials willing to take a stand against the status quo that’s been holding our state back for so many years.

Wilson’s record isn’t perfect, mind you … he swung and missed badly when he failed to go after crystal clear corruption “allegations” against Gov. Nikki Haley, but to his credit he aggressively pursued complaints against former Lt. Gov. Ken Ard and S.C. Speaker of the House Bobby Harrell.

The Harrell case meant taking on a guy who was – at the time Wilson’s investigation began – one of the two most powerful politicians in the state.

Wilson has cultivated (and up to this point earned) a reputation as a boy scout … a prosecutor who doesn’t play favorites and who decides cases based on their merits, not their politics.  That’s something South Carolina sorely needs – and something most voters (“Republicans,” Democrats and independents ) appreciate.

Over the past few weeks – as South Carolina’s gay marriage ban has begun to crumble – Wilson and Haley have been aggressive in their defense of the 2006 constitutional amendment that outlawed the practice in the Palmetto State.

For those of you in need of a recap, in late July the U.S. Fourth Circuit court of appeals struck down Virginia’s gay marriage ban.   Earlier this month, the U.S. Supreme Court refused to reverse this decision, meaning South Carolina’s ban (also pending before the Fourth Circuit) is on the chopping block. 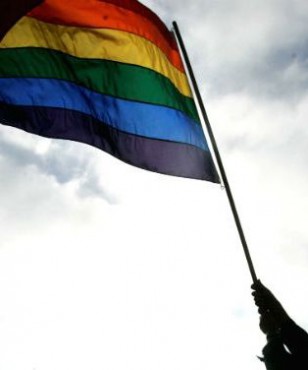 Of course the ban hasn’t been struck down yet … and so the S.C. Supreme Court has stepped in to say that until such a ruling arrives, the 2006 constitutional amendment banning gay marriage remains in effect.

With Wilson as its chief defender …

To be clear: Wilson has not said personally whether he supports or opposes gay marriage – or whether he believes government should sanction or prohibit the practice – he’s simply argued that the state’s pending case before the U.S. Fourth Circuit court of appeals should be adjudicated before the will of 78 percent of the people (well, 78 percent of the state’s 2006 general electorate) is overturned.

He’s playing it by the book, in other words … damning the public consequences one way or the other.

One Democratic operative who spoke with us on condition of anonymity said she wasn’t buying Wilson’s “boy scout act.”

“(FITS has) a man-crush on him so you call him a boy scout,” she said.  “But he’s being political – he’s pandering to the majority of the state still supporting the ban.”

Man-crush … ironic terminology under the circumstances …

Here’s the thing, though: If Wilson is indeed using the state’s legal defense of this soon-to-be-overturned law for political gain, he should probably work on more sharply honing his pandering skills.  The vast majority of the statements issued by his office on this matter have been downright curt.  In fact we’ve even noted in prior reports that it seemed Wilson was going through the motions in defending the state gay marriage ban – prompting a statewide social conservative group to challenge him to be more vocal.

He hasn’t really obliged that request … merely arguing that the rule of law should be upheld.

Worth noting … not all Attorneys General agree with Wilson.  In North Carolina, Democratic Attorney General Roy Cooper ruled that the Fourth Circuit decision applied to his citizens because the Tar Heel State is within that court’s jurisdiction – effectively invalidating the state’s 2012 gay marriage ban.  Also worth noting?  Wilson has yet to articulate the correct position on gay (or straight) marriage: That it’s an institution of the church and therefore something government shouldn’t have a damn thing to do with …

Per the Fourteenth Amendment, civil unions must be recognized equally – and benefits and privileges afforded on the basis of such recognition must be provided equally – but marriage is not the purview of the government.