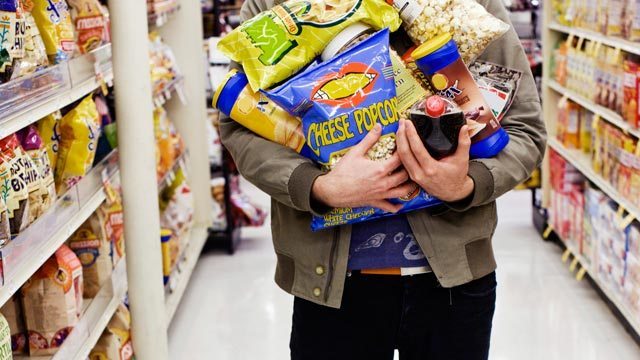 Yup … just because Palmetto State lawmakers have moved this expense off of the state’s books doesn’t mean we’re not following it.

According to average monthly participation data published by the U.S. Department of Agriculture (USDA), a whopping 875,866 South Carolinians were part of the Supplemental Nutrition Assistance Program (SNAP) in 2013 – a 27.3 percent increase from 2009.  Meanwhile benefits awarded through the program have climbed from $1 billion to $1.38 billion over the same period – a 37.9 percent increase.

And this is assuming the data provided by the S.C. Department of Social Services (SCDSS) is accurate …

“Republicans” in Washington, D.C. were supposed to have “cut” food stamps back in January.  In fact the left practically hyperventilated over the alleged reduction of an $80 billion food stamp budget by $800 million.

Here’s the thing, though: The cuts never happened, proving once again that government programs – once expanded – are not easily curtailed.  This is especially true of social welfare programs that incentivize dependency.

South Carolina Gov. Nikki Haley – billed nationally as a rising “Republican” star – is running for reelection in the Palmetto State on the basis of her economic record, most notably the reduction of the state’s unemployment rate.

Here’s the thing, though: Haley’s unemployment rate reduction has been built almost exclusively on a shrinking labor participation rate – one that’s hurting all South Carolinians.

Seriously … you can’t claim credit for turning around an economy when the percentage of working age citizens in the labor pool is 57.9 percent (the sixth-lowest rate in America).  Or when your state’s income levels rank No. 44 nationally.

Nor can you take credit for people’s lives being better when they are being forced to rely on government welfare in record numbers.

Don’t take our word for it, though. Look at the data for yourself …

Related Topics:Food Stamp Use in SCSC food stampsSNAPU.S. Department of Agriculture
Up Next