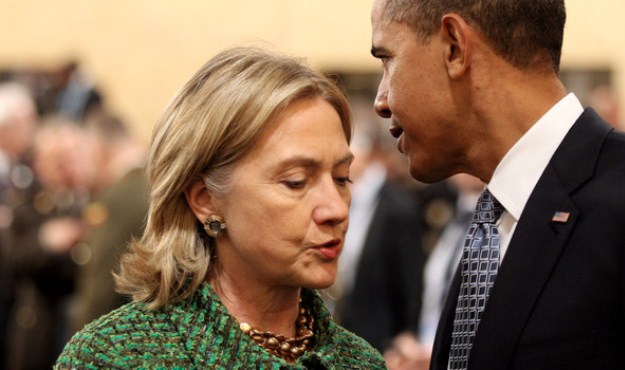 It’s part of Hillary Clinton’s commitment to helping Democrats during the 2014 election cycle – you know, since Barack Obama‘s popularity is plumbing record lows and is likely to serve as an anchor for Democratic candidates.

Hillary Clinton “has committed to play a sizable role in fundraising for the party ahead of the 2014 elections, according to sources and aides for different campaign groups,” reports CNN.

Clinton has rivals for the Democratic nomination … but at this point no one has really heard of them (no matter how hard the far left’s online intelligentsia pushes their candidacies).  Oh, and one of them is having trouble staying awake.

Meanwhile the GOP frontrunners are vying for votes by targeting Clinton with increasingly incendiary rhetoric and alleging she’s too old to be president.

Clinton has been critical of Obama’s foreign policy in recent weeks, but a spokesman for her organization told CNN she’s 100 percent committed to the party – even invoking Obama’s 2012 campaign slogan.

“She’s looking forward to campaigning for her Democratic friends and colleagues and to helping the effort to move America forward,” a Clinton spokesman told the network.