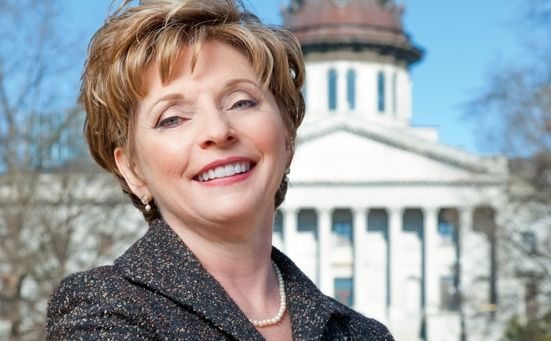 S.C. Sen. Katrina Shealy has been one of the few Palmetto state lawmakers this website has had occasion to praise in recent months.  Elected as a petition candidate in 2012, the first-term lawmaker from Lexington County has emerged as a reliable pro-free market vote.

Of course Shealy isn’t just voting the right way, she’s introducing legislation that would materially improve our state’s competitive position.  Which makes us admire her all the more.

What’s impressed us most about Shealy, though?  Her refusal to let political considerations get in the way of doing what she believes to be right.

For example, Shealy didn’t let her longtime friendship/ political alliance with S.C. Gov. Nikki Haley stop her from tackling the serious issues at the S.C. Department of Social Services (SCDSS) – an agency Haley has literally run into the ground.  In fact, no lawmaker has been more aggressive than Shealy when it comes to pushing for reforms at this agency – something that’s earned her the contempt of the notoriously thin-skinned Haley administration.

But Shealy didn’t back down in the face of Haley’s threats, which is one reason SCDSS director Lillian Koller was forced to (at long last) take responsibility and resign.

Nor is Shealy backing down now in her efforts to fix the troubled agency.

Shealy is currently in Minneapolis, Minnesota attending the National Conference of State Legislatures‘ child welfare forum – trying to get as much information as possible to “bring back to the table” to address problems in South Carolina.

Lots of lawmakers attend these events as an excuse to party, but not Shealy … she’s working, trying to fix what is arguably the worst agency in Haley’s cabinet.

Kudos to Shealy.  Along with S.C. Rep. Jenny Horne – who requested an audit of SCDSS that’s due out any day now – she is doing her job in spite of the political pressure coming from the governor’s office to cover up these scandals.