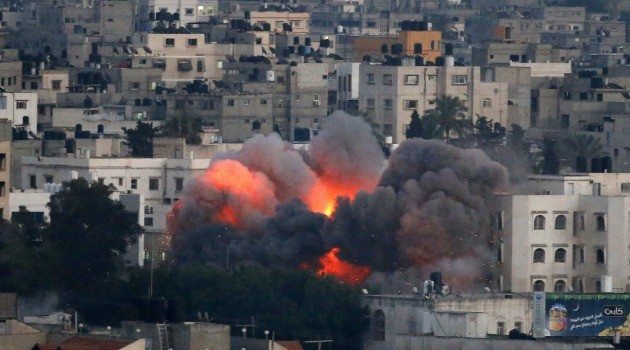 … WITH YOUR TAX DOLLARS

While the United States sits back and gets lectured by Israel – whose leader insists that our leaders are “not to ever second guess (him) again,” Gaza is getting pounded.

Why should we care about that?

Let’s make one thing clear: We don’t.  As we’ve repeatedly stressed, Israel can erase Gaza and every last one of its 1.8 million inhabitants off the face of the earth for all we care.  Women, children … you name it.

If you’re looking for moral indignation on behalf of the Palestinians, you’ve come to the wrong place.  Go to Ban Ki-moon and the United Nations for that nonsense.

Our only “point of order?”  U.S. taxpayers – already tapped out from a pair of failed foreign entanglements – have no business subsidizing one iota of the Israeli war machine.  Or the Israeli economy, for that matter.  Or the war machine or the economy of any nation not named the “United States of America.”

In other words no guns and butter … for nobody.

Not Israel.  And not these guys, either.

But since America is subsidizing guns and butter for “errbody” (as the cool kids say), we might as well observe a moment of silence to appreciate what that investment has wrought.

Courtesy of The Wall Street Journal , here’s a look at some of the damage done to Gaza over the last few weeks …

To experience the Journal ‘s nifty interactive feature for yourself, click here …