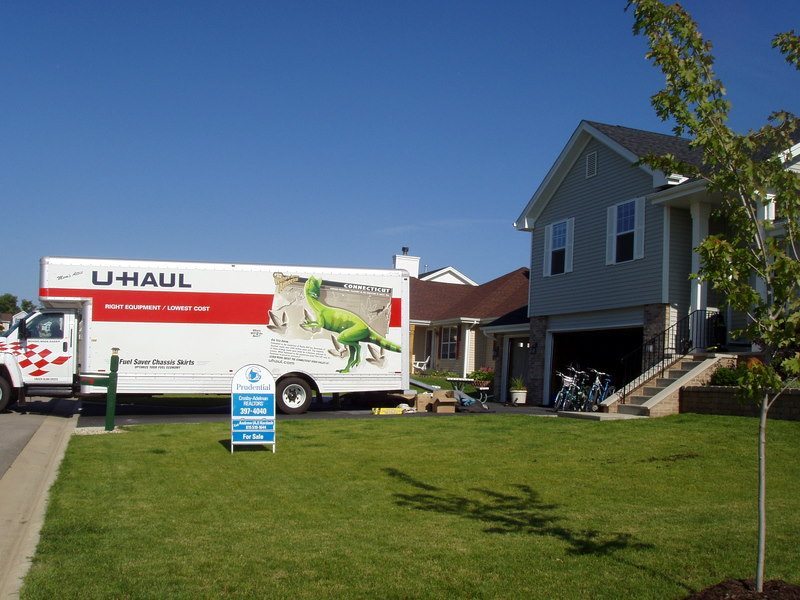 It didn’t generate a lot of press, but last week Gallup released the results of a six-month, fifty-state poll that could have some profound implications for certain states … including Mississippi and South Carolina.

Specifically, respondents on the survey were asked “if you had the opportunity, would you like to move to another state, or would you rather remain in your current state?”

Among South Carolinians, 34 percent said they would like to move to another state while 65 percent said they would prefer to stay where they are. Those numbers are right in line with the national averages of 33 percent and 65 percent, respectively. Mississippians were slightly more inclined to pull up stakes – with 39 percent saying they would like to move and 59 percent indicating a desire to stay – but those numbers weren’t radically different than the rest of the country.

In fact both of these deep southern states fared much better on this particular measure than Illinois and Connecticut – where half of each state’s population saw greener pastures elsewhere.

Wanna see all that in a map? Here you go … 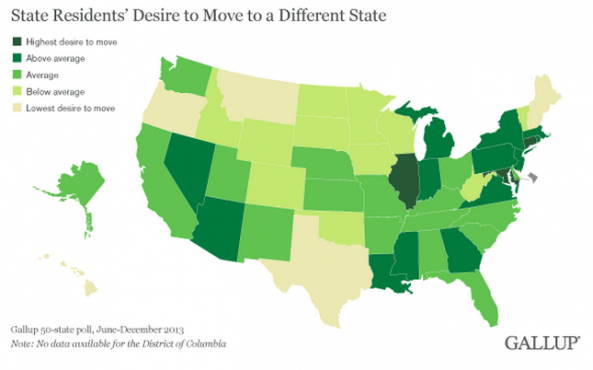 So what’s potentially “profound” about this survey as it relates to the Magnolia and Palmetto states? Nothing, really … well, at least not until the pollsters shifted their focus away from the desire to move and started looking at people who are actually preparing to bolt. That’s where things get interesting.

According to the Gallup data, South Carolina was tied for fourth in the country (just ahead of Mississippi) in terms of the percentage of residents who are “extremely, very or somewhat likely” to move to another state within the next twelve months. For those of you keeping score at home, seventeen percent of South Carolinians and 16 percent of Mississippians fell into that category.

Now here’s where it gets very interesting …

As this website has written previously, the “economic miracle” taking place in South Carolina under Gov. Nikki Haley is nothing but smoke in mirrors. Sure the state’s unemployment rate has been slashed almost in half over the last four years – but that’s not because of new jobs coming to the state, it’s because South Carolina’s workforce continues to shrink as a percentage of the state’s population.

Jobs – especially decent ones – are incredibly hard to find. And it’s getting harder, not easier to find work.

Which brings us to the kicker of this survey … the “top reasons given for planning to move” in each state.

According to the Gallup data, a whopping 50 percent of Mississippians and 49 percent of South Carolinians listed “work or business-related” reasons as being the impetus for their planned or contemplated departure from the state. Those figures are nearly 20 percentage points higher than the national average. In fact none of the other states with high percentages of “likely movers” even topped the 40 percent mark.

Do the math … (well, assuming you weren’t educating in a South Carolina government-run school). To a far greater degree than anywhere else in America, economic conditions in Mississippi and South Carolina are driving residents to consider pulling up stakes and heading for greener pastures.

That’s a scary thought to consider …

It’s Just Business … Or Not