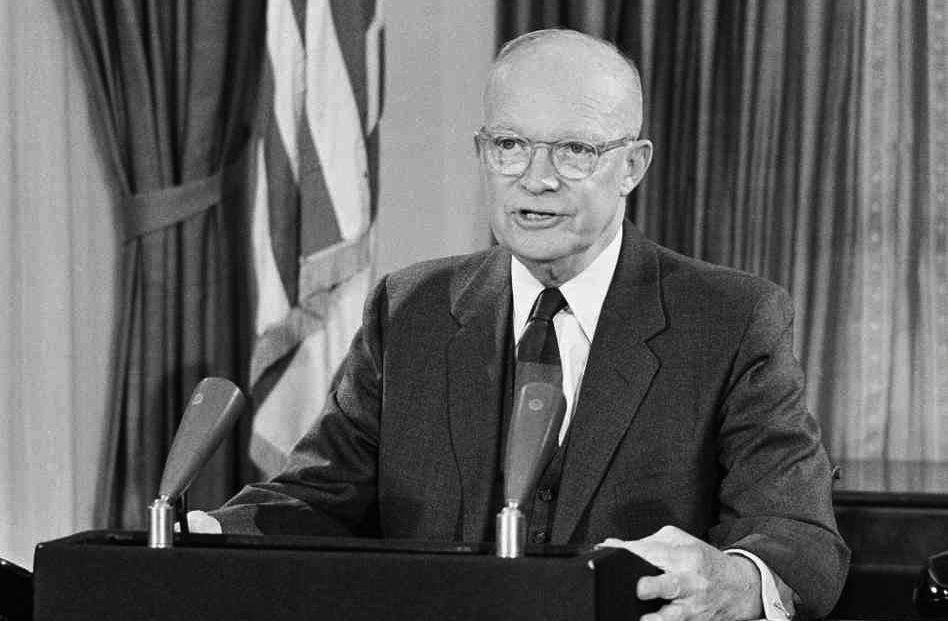 AMERICA MUST RECALL THE WISDOM OF ITS FORMER PRESIDENT

By Thomas Ravenel || On January 17, 1961, U.S. President Dwight D. Eisenhower delivered his farewell address to the American people. The speech contained several prescient warnings, including an admonition against mortgaging “the material assets of our grandchildren” in pursuit of our own “ease and convenience.”

With the national debt at $17.5 trillion, this advice has clearly gone unheeded – especially under the administrations of George W. Bush and Barack Obama. One reason? Bush and Obama also failed to heed Eisenhower’s warning against “the disastrous rise of misplaced power” in the hands of America’s military-industrial complex.

As this complex ratchets up the war rhetoric in response to Russian “aggression” in Ukraine, it’s worth assessing the all-too familiar saber rattling coming out of Washington, D.C. While warmongers like U.S. Senators John McCain and Lindsey Graham invoke America’s global “responsibility,” those of us paying the check are left to confront the staggering irresponsibility of America’s current interventionist foreign policy.

As a country we must start asking (and answering) tough questions whenever we hear the war drums beating, chiefly: What are we fighting for? Does our national security depend on the outcome? Is our intervention worth the price that must be paid? Who among us will shoulder that burden? And who is set to profit from their sacrifice?

According to a recent Harvard University study, the cost of the Iraq and Afghanistan wars is projected to total between $4-6 trillion. These conflicts have steered billions of dollars toward companies like Lockheed Martin, Halliburton, General Dynamics and Raytheon – but have accomplished very little of strategic value. In Iraq Fallujah is once again under al-Qaeda control – despite President Obama’s election year boasts that the terrorist network had been “decimated.” In Afghanistan the Taliban – which President Bush repeatedly claimed to have “eliminated” – continues launching terror attacks from the Helmand Province.

Nearly 7,000 American soldiers have been killed in Iraq and Afghanistan – while tens of thousands of their comrades have been wounded (including approximately 1,600 amputees). Meanwhile a December 2012 Veterans Administration (VA) report revealed that roughly 30 percent of servicemen and women returning from these two conflicts suffer from post-traumatic stress disorder (PTSD).

Who has done the most fighting, dying and suffering? According to a 2008 Syracuse University study, the U.S. military “continues to see over-representation of the working and middle classes.” In other words we are bleeding those who can least afford it – including fair-haired Iowans, Latinos from Arizona and blacks from my home state of South Carolina.

In Ukraine, we see another costly face of misguided global interventionism. Here there is no hot “War on Terror” but rather a reimagined Cold War — fueled by McCain’s preposterous depiction of Russian president Vladimir Putin as a “tyrant hell-bent on restoring the Soviet empire.” What our leaders won’t say is Russia isn’t instigating, it’s reacting to a U.S.-backed overthrow of Ukraine’s popularly elected president Viktor Yanukovych. They also won’t discuss how vast swaths of Ukraine – including the Crimean peninsula –want to be reunited with Russia.

But even if Obama, McCain and Graham are 100 percent right about Russia – and I’m 100 percent wrong – we still have no compelling reason to engage in the Ukrainian crisis. Nor could we afford to engage even if we did.

Checking “Russian aggression” is the responsibility of wealthy European nations – not hard-working, tapped out American taxpayers.

Earlier this month President Dalia Grybauskaite of Lithuania warned us “Russia is a threat to the whole of Europe.” Just three years ago, though, Grybauskaite cut her country’s defense budget by 36 percent. All across Europe, defense budgets have been slashed. According to Nic Watkins of ISIS Europe, middle-sized European countries have “averaged (defense) cuts of between 10 and 15 percent” in recent years.

“Between 2009 and 2011 European states discharged 160,000 soldiers and reduced military spending at a rate equivalent to removing the entire German military,” Watkins noted.

Can we really blame them? After all, as of last December nearly 70,000 U.S. Troops remained stationed at hundreds of locations across Europe – costing taxpayers billions of dollars annually. Why are they there? According to U.S. Joint Chiefs of Staff chairman Gen. Martin Dempsey, their mission is to strengthen “partnerships” with our NATO allies.

“Every time we have gone to war, at least some of them have chosen to go with us,” Dempsey said.

That’s revealing, but not entirely true. With the exception of 200 troops from Poland, no continental European nation joined the 200,000-strong Iraqi invasion force in 2003. Most European nations chose instead to deploy a few dozen soldiers after the fall of Baghdad in 2003. Clearly then our justification for subsidizing the security of these defenseless European nations is the political cover they provide our politicians whenever the American military-industrial complex eyes its next meal.

We cannot criticize these countries for accepting free security any more than we can begrudge private companies for accepting huge defense contracts. They are simply taking what’s being given to them. Our beef must be with the American politicians cutting the deals — and cutting the checks.

America’s defense is a core function of government. But we are on the verge of permanently compromising it, and bankrupting future generations of taxpayers, by continuing to elect politicians who put the needs of the military-industrial complex ahead of the best interests of our Republic. 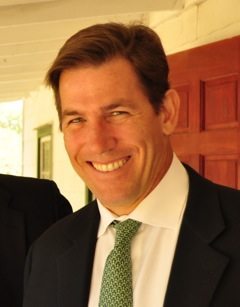 Thomas Ravenel is a former statewide elected official. He resides in Charleston, S.C. This article – reprinted with permission – originally appeared in the March 21, 2014 editions of The Daily Caller.