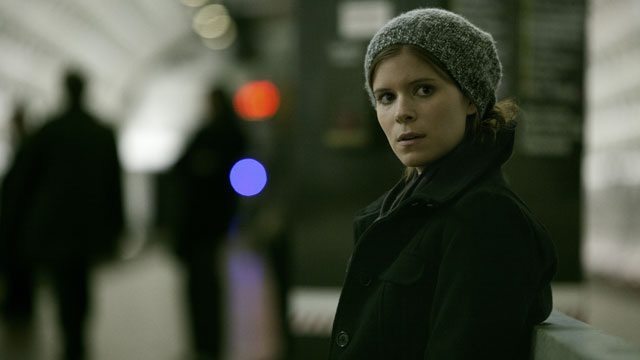 … OR ARE INDIFFERENT TO HER

So I’m on episode twelve of Netflix’s second season of House of Cards (way behind the vast majority of Palmetto politicos, it would appear).

Just one episode away from finishing the season, though … less than a week after it came out.

Last night I texted a good friend of mine … interested to see where she was in the series.

Other friends have expressed shock that I haven’t yet finished the show’s thirteen newest episodes … uploaded in a batch last Friday.

In fairness, I’d probably be done were it not for a certain nine-week-old cutie who enjoys taking her little lungs out for a test drive whenever my lovely wife and I decide to fire up the digital Blu Ray player.

Even though everybody I know has already finished the House of Cards race, I’m not going to give away any spoilers – least of all the shocking plot twist that opened the second, darker installment of what is arguably the most compelling political drama ever filmed (all apologies to Aaron Sorkin).

That’s because as I write this there are still several hundred people furious at me for ruining a certain Downton Abbey episode last year with an ill-fated tweet … a gauntlet I’m not about to run again.

So … without giving anything away for the three or four of you who haven’t finished House of Cards‘ second season yet (or at least its jarring first episode), I wanted to take a moment to address the character at the center of the conversation: reporter Zoe Barnes (portrayed by actress Kate Mara).

Barnes was a controversial figure during the first season of House of Cards – drawing the ire of real female journalists owing to the fact she used sex to advance her career.

You know … because that’s never happened before in real life.

But the angst directed toward Barnes extends beyond female reporters … as lots of women don’t particularly care for her character (or for Mara, apparently).

“Never liked the role – or the girl who plays her,” another said.

“She’s a mousy, backstabbing bitch,” yet another opined.

“Her sister is the real talent in that family,” another told me, referring to Mara’s sister Rooney, star of The Girl With the Dragon Tattoo.

Wow … other comments specifically linked to the second season’s surprise plot twist were even harsher.

Initially I hypothesized that female critics of Barnes (and/or Mara) were just jealous – covetous of her attractiveness, her success, her freedom or her lack of sexual inhibition. But when I started taking inventory of the women providing me with these critical perspectives … I realized most of them are (like Barnes) attractive, successful and exceedingly free/ uninhibited in their sexuality.

Hmmmmm …. so what gives?

Another observation worth considering? Among the women I spoke with, the second most common response to Zoe Barnes (behind a pervasive dislike) was … indifference.

“The show’s other stars – especially Robin Wright’s character – are way more intriguing to women,” one of my friends explained. “There’s more depth there.”

That’s interesting … and perhaps instructive as to the rationale behind the second season’s plot twist (although series producers swear it was planned well in advance of the first season airing last February).

Are you a House of Cards fan? If so, what are your thoughts on Zoe Barnes? Feel free to post them in our comments section below …