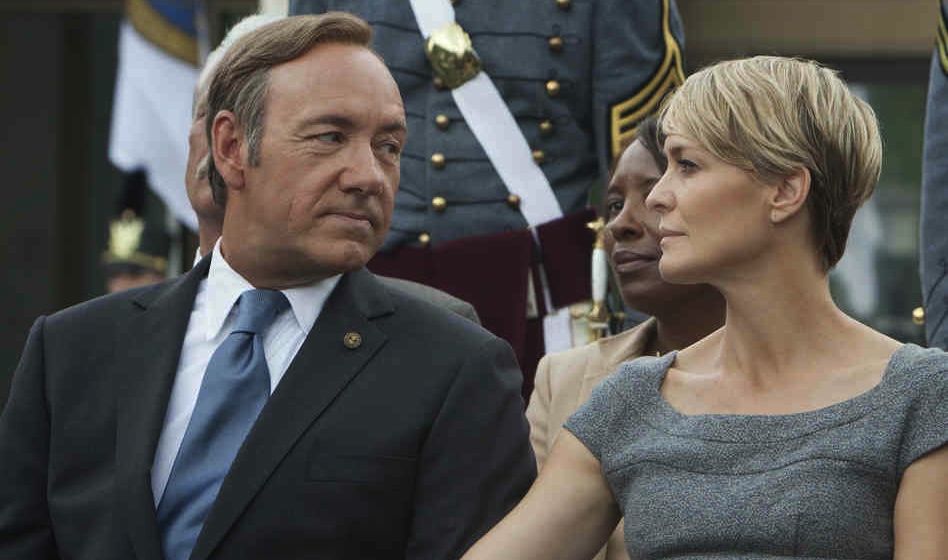 We’ve effusively praised Netflix’s House of Cards (as well as the network’s other big original hit, Orange is the New Black). Why? Because both programs are genius, that’s why.

Oh, and the marketplace agrees with us …

Starring Kevin Spacey and Kate Mara, Cards is a gripping portrayal of the shameless self-interest which drives decision making in Washington, D.C. Unless of course you believe the liberal mainstream media, in which case the show is full of hot air.

According to Chris Cillizza of The Washington Post – the arch-protector of status quo politicians in both the Democratic and “Republican” parties – Cards‘ depiction of politics inside the Beltway is inaccurate and insulting to America’s “beneficent” ruling class.

In fact Cillizza goes so far as to say he “hates” House of Cards because, according to him, it portrays the key players in our nation’s capital as being motivated “almost exclusively by self interest, money, power or some combination of all three.”

Yeah … wonder what on earth could have given anybody that idea?

“Painting the D.C. scene with such a broad everyone-here-is-as-bad-as-you-think brush makes it that much harder for people to assume the best (or, at least, not the worst) about the people they send to the nation’s capitol to represent them,” he concludes.

God forbid we lose faith in our leaders …

Cillizza also blasts the show as “offensive to female reporters everywhere” for daring to suggest that women use sex and flirtation to get ahead in politics.

Yeah. Because how else would this website’s balding, woefully-out-of-shape founding editor – then press secretary for former Gov. Mark Sanford – been able to bang virtually every hot female reporter in the state during his four-year run with the “Luv Gov.”

He must have had one magnetic personality …

Look, we get that Cillizza has a job to do (here and here), but his column rebuking Cards and vouching for the integrity of the D.C. establishment is laughable. Of course the good news is it will likely cost him some credibility when it comes time for him to gum the most liberal Republican in the 2016 GOP primary (prior to gumming Hillary Clinton in the 2016 general election).

So in that sense, we’re glad he wrote what he did …

WTF Is A Tar Heel?

The left is desperate to paint a fairy land picture of gov’t outside reality, as its incurable failure rate is starting to become more prominent in the lives of every day people.

The moment a large % of people lose faith in the gov’t is the moment that gov’t starts to lose its grip on everything/everyone.

The GOP is nothing more than a retarded uncle in the whole affair, standing by, saying nothing but sucking their thumbs, because they don’t want to lose power either and their supposed philosophy is in direct contradiction to their desire for power. They are literally painted into a box of their own making.

I find the whole situation amusing. What I don’t find amusing is the potential outcome for this giant disaster.

A Democrat senator from the upstate is highly unlikely, but I think it’s a great show.

It is a great show. Spacey’s character is a Congressman, not a Senator. But, a Democrat from SC is still quite unlikely given how our General Assembly carves up the districts. How is it that Joe Wilson’s district has that big piece taken out that slips up through downtown Columbia in a narrow corridor and then spreads out into a big hook to eliminate those neighborhoods northeast of the capital?

That’s what I thought. Still an awesome show.

Maybe they just took a short cut. Instead of designating him a RINO, they called a spade a spade and decided he more accurately would be a “democrat.” Still it does seem an unlikely tag.

We get what you’re saying about the pols, reporters, etc. Everybody knows this shit, even that weenie Cilliza. But your fucking intolerable ego-monster bullshit just muddles the message.

Yes, because of this show, I’m beginning to wonder if Lindsey Graham isn’t as benevolent as he seems!

Shall we complain about Animal Farm and other similar stories too?

If Cillizza thinks this is an unfair portrayal, maybe he should take a good hard look at Mitch McConnell, That dickhead has been in congress for forty years and is estimated to have a net worth somewhere between 9 to 36 million. That is a damned neat trick on a congressional salary.

I’d rather watch reruns of GREEN ACRES and THE ALFRED HITCHCOCK HOUR on youtube.You missed the glory days of small screen…

How does Netflix have anything to do with,’the left’ or reality?