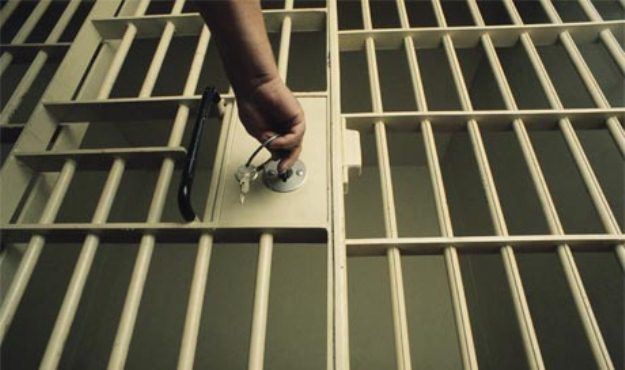 Is there yet another scandal in the works for S.C. Gov. Nikki Haley’s embattled cabinet?

Quite possibly … although it seems as though this debacle stretches back much further than just the last three years.

South Carolina’s Department of Corrections – currently run by Haley’s former chief of staff Bryan Stirling – is the subject of an intensely unflattering national exposé by reporter Andrew Cohen of The Atlantic.

Entitled “When Good People Do Nothing: The Appalling Story of South Carolina’s Prisons,” Cohen’s article explores the alleged mistreatment of mentally ill inmates in South Carolina the context of a recent ruling by Columbia, S.C. circuit court judge Michael Baxley.

“South Carolina today mistreats these ill people without any evident traces of remorse,” he continues.  “Even though there are few disputed material issues of law or fact in the case, even though the judge implored the state to take responsibility for its conduct, South Carolina declared before the sun had set Wednesday that it would appeal the ruling—and thus likely doom the inmates to years more abuse and neglect. That’s not just ‘deliberate indifference,’ the applicable legal standard in these prison abuse cases. That is immoral.”

No one from Haley’s administration was available for comment on Cohen’s piece.

The court case – which has been dragging on for eight years – is a graphic indictment of how South Carolina addresses core government functions (i.e. law enforcement, courts and prisons).

“The evidence in this case has proved that inmates have died in the South Carolina Department of Corrections for lack of basic mental health care, and hundreds more remain substantially at risk for serious physical injury, mental decompensation, and profound, permanent mental illness,” Judge Baxley writes.

One mentally ill inmate was left in solitary confinement for 2,491 consecutive days (almost seven years) while another was brutally beaten before being “left to rot in his own feces and vomit.”  He later died of a heart attack.  Force was used against one mentally ill inmate more than eighty times – while his fellow prisoners were “routinely caged for days in their own feces and urine.”

As damning as the court’s conclusions, Cohen’s piece zeroes in on the real story – the ignorant/ lackadaisical/ corrupt response of state officials.

For example there is S.C. Sen. Mike Fair (RINO-Greenville), who stated he was not aware “we had a problem with any particular aspect of mistreating or not treating inmates” (despite having chaired a committee in 2003 which exposed numerous problems at the agency).

Then there was “Republican” Majority Leader Bruce Bannister, who told The Greenville News that Baxter’s ruling “came out of left field.”

“I didn’t even know it was an issue that anybody was addressing,” he said.

Shortly after taking office Haley tapped former S.C. Department of Juvenile Justice (SCDJJ) director Bill Byars to lead the Department of Corrections – but he wound up spending more time in the hospital than he did on the job.

“In previous administrations, South Carolina had leaders at the Department of Corrections like Ellis MacDougall and William Leeke, who made the position one of substance and expertise and took us out of the dark ages,” S.C. Democratic Party chairman Jamie Harrison said of Haley’s selection of Stirling. “These leaders knew how to run prisons and deal with prisoners, but Mr. Stirling’s primary experience is in dealing with politics and politicians.”

Not good … and the state’s appeal indicates things aren’t likely to get any better any time soon.

Over and over again, Judge Baxley chronicled, state lawyers sought to minimize the extent of the problem. Specific incidents of inmate abuse or neglect were called “anecdotal” or “outliers” by prison officials. Likewise, the state even failed or refused to find competent experts. The judge noted “the wide disparity  between Plaintiffs’ and Defendants’ experts in case preparation and particular knowledge of the SCDC system.” Ponder that for a moment: South Carolina’s prison “experts” in this case didn’t know as much about South Carolina’s prisons as did the experts for the inmates. And yet South Carolina pledges an appeal.

As hard core libertarians, there are very few things the authors of this website believe government should do – but those things (cops, courts, roads, prisons) must be done cost-effectively, transparently and with accountability.

And they must be done humanely …