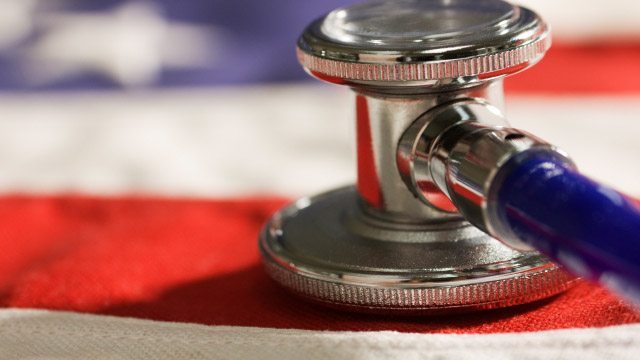 The heated exchange – which featured state lawmakers, representatives of the S.C. Policy Council, the John Birch Society, the Tenth Amendment Center, the S.C. Campaign for Liberty, RINO Hunt and various other “Tea Party” affiliated groups – was noteworthy for its intensity, we’re told.  It was also noteworthy because it revealed a total lack of unanimity from the so-called “conservative” community on this issue.

(For more on that lack of unanimity, click here).

But that’s not all this meeting laid bare …

According to multiple sources familiar with the discussions, the contentious gathering also exposed a fundamental disconnect between the current nullification movement in the Palmetto State and the actual doctrine of nullification this movement purports to advance.

It also led many who participated in the conversation to reach the same conclusion: That certain insurance industry interests are driving the nullification debate as a wedge issue to improve their profit margins – and are using several advocacy groups as paid fronts for that effort.

We’ll dig deeper into that aspect of the scam in a moment, but first let’s point blank address the dirty little secret of the “nullification” debate in South Carolina: Everybody’s arguing over nothing.

What do we mean by that? It’s remarkably simple: None of the versions of “nullification” presently before the S.C. General Assembly – and none of the proposed amendments to these bills – would nullify Obamacare.

Wait … what?  For those of you educated in South Carolina government-run schools, we’ll repeat that …

None of the versions of “nullification” presently before the S.C. General Assembly – and none of the proposed amendments to these bills – would nullify Obamacare.

In other words, if one were to ask the question “what’s all the fuss about?” as it relates to the current nullification debate in South Carolina, the correct answer – despite the best efforts of certain political operatives to convince impressionable voters otherwise – would be “nothing.”

Not a damn thing.

LETTERS OF THE LAW

Having called out nullification as nothing more than a “debate in name only” – we should probably provide our readers with some context for this assertion.

Let’s start from the top …

The original version of the Obamacare nullification bill – filed in December 2012 by S.C. Rep. Bill Chumley (R-Spartanburg) – would have actually gone quite a ways toward accomplishing the stated objective of nullification supporters, but it was watered down considerably by the time it passed the S.C. House.  In fact the only portion of Chumley’s bill retaining any resemblance to nullification – let alone the practical enforcement thereof – was the legislation’s non-binding preamble. 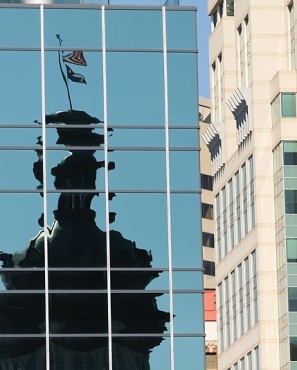 And even this preamble (which has no force or effect of law because it does expressly create, amend or delete existing state statutes) has been dramatically watered down.

Reinforcing that language, Chumley’s original bill specifically outlined how Obamacare would be nullified by state authorities – including the imprisonment of federal officials who attempted to enforce the law’s provisions within South Carolina’s borders.

A public officer or employee of the State of South Carolina who enforces or attempts to enforce an act, order, law, statute, rule, or regulation of the government of the United States in violation of this article is guilty of a misdemeanor and, upon conviction, must be fined not more than one thousand dollars or imprisoned not more than two years, or both.

In the version of the bill that passed the S.C. House, though, Chumley’s original preamble lost most of its bite.  No longer declaring Obamacare to be “null and void,” the new language merely asserted that “the provisions of the Patient Protection and Affordable Care Act of 2010 which exceed the limited powers granted to the Congress pursuant to the Constitution, cannot and should not be considered the supreme law of the land.”

The revised legislation makes no mention of invalidating, rejecting or not recognizing federal law.

More to the point, in the legally binding enforcement section of the revised bill – the harsh penalties contained in Chumley’s original draft were removed and replaced by a whimper of a response.

Whenever the Attorney General has reasonable cause to believe that a person or business is being harmed by implementation of the Patient Protection and Affordable Care Act and that proceedings would be in the public interest, the Attorney General may bring an action in the name of the State against such person or entity causing the harm to restrain by temporary restraining order, temporary injunction, or permanent injunction the use of such method, act, or practice.

Obviously there is an ocean of difference between these two pieces of legislation.

“The original bill of Chumley’s was the nullify bill,” one source close to the debate tells FITS. “What they amended it to wasn’t anything like that, but they left a lot of the original preamble in … and (so) some people seem hung up on asserting that right (to nullify) but are less focused on actually stopping the practice of the programs in the bill.”

And are any of those programs being stopped?

“No bill I’ve seen would stop the legislature or governor from drawing down federal money even as they say Obamacare cannot be enforced,” our source says.

Which leads us to  …

This website has followed Medicaid expansion in South Carolina for years – chronicling the unsustainable growth of this program under “Republican” rule.

What have we discovered?  That no administration in South Carolina history has been as committed to ballooning this entitlement program as the administration of Gov. Nikki Haley.

Wait … isn’t Haley a “conservative?” Hasn’t she gone on the record in opposition to the Obamacare Medicaid expansion?  Yes.  In fact Haley never wastes an opportunity to tout her opposition to Obamacare – hypocritical as it may be. 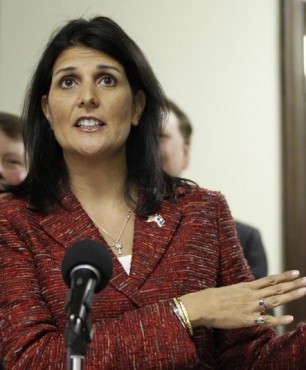 But behind Haley’s rhetoric has been a relentless campaign to use tens of millions of tax dollars to inflate South Carolina’s already bloated Medicaid rolls to levels never before seen.

“That’s the problem,” one disgruntled former Haley supporter says. “We say we won’t expand under Obamacare, but we are expanding under current eligibility. How long before our tweaks to eligibility have us at Obamacare expansion levels whether we officially opt in or not?”

So while “Republican” lawmakers in South Carolina have voted once against Obamacare’s expansion, the real test of their “conservative” mettle isn’t whether they vote for a toothless “nullification” bill – it’s whether they vote to continue subsidizing this unsustainable expansion of socialized medicine within their borders.

According to our sources who attended the meeting, the John Birch Society’s representative – Jesse Graston – made repeated references to this company and its views on the specific language being articulated. 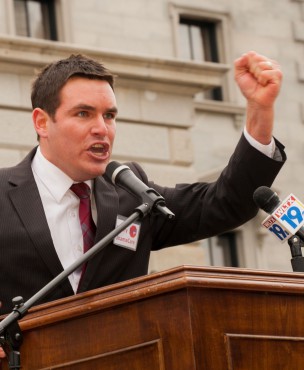 Independently, sources at the S.C. Department of Insurance (SCDOI) have reached out to FITS regarding overtures they have received from a company seeking to sell low budget “catastrophic” coverage plans in the Palmetto State en masse.

FITS is attempting to identify the company in question, but we’re told that “several” of the organizations pushing this so-called nullification fight are awash in insurance money.

So are special interests funding this effort?  And if so, does that mean this whole nullification movement in South Carolina (i.e. the legislation, the town hall meetings, the public rallies, etc.) is at the end of the day nothing but a way for one company to enhance its competitive position at the expense of another?

Sure looks that way … although FITS is filing a Freedom of Information Act (FOIA) request with SCDOI in an effort to be absolutely certain.

One thing we do know is that the nullification fight – such as it is – is the only thing keeping certain “Tea Party” groups in South Carolina (and their leaders) remotely relevant. Take Talbert Black of Lexington, S.C., whose Campaign for Liberty group emerged as a major player on the Palmetto political scene in 2010 – only to fall off the map in the last two years.  A high-profile debate on nullification creates easy outrage for these groups – enabling them to draw big crowds and raise big money from impressionable activists.

It’s an opportunity for them to get back on the map, in other words … secure in the knowledge that the troops they march into battle aren’t smart enough to see that they’re getting played.

“It really is a page out of the old establishment Republican playbook,” one South Carolina Republican operative told FITS. “Fighting for stuff you’re not really fighting for – and then laughing all the way to the bank.”