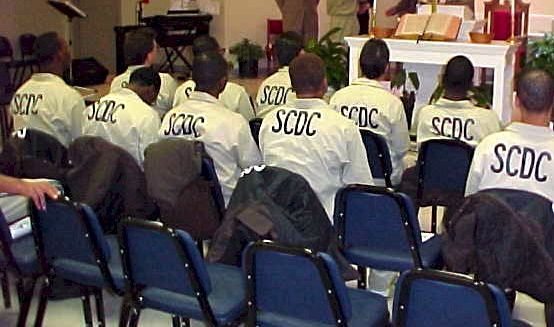 Columbia, SC – The South Carolina Democratic Party released this statement from Chairman Jaime Harrison in response to Governor Haley’s appointment of her Chief of Staff Brian Stirling as the new head of the Department of Corrections:

“Governor Haley continued an alarming pattern today, once again appointing political staff to head a state agency where they have little experience or qualifications in the given field.”

“In previous administrations, South Carolina had leaders at the Department of Corrections like Ellis MacDougall and William Leeke, who made the position one of substance and expertise and took us out of the dark ages.  These leaders knew how to run prisons and deal with prisoners, but Mr. Stirling’s primary experience is in dealing with politics and politicians.”

“We’ve seen the pattern of incompetence and culture of secrecy that comes from having Governor Haley’s team of political appointees in cabinet and cabinet-level positions — it has not been good for the people of South Carolina. It’s time to return our state agencies to those with professional expertise in the field so that we can get the state back on track again. South Carolina needs a professional Corrections chief who knows the system and how to improve it, who participates in professional meetings with the American Correctional Association, and can deal with our over-crowding, mental health problems in prisons, as well as managing the prisoners and employees.”

I would normally be dubious of any of the Governor’s appointments, but I know Bryan Stirling. He has a ton of experience with the criminal justice system stemming from his time with the AG’s office. He is also a man of intelligence and integrity. I can’t really echo that sentiment for too many people who work for the Governor. I think he is capable of the job.

Thank you for the paid endorsement.

Nothing paid about it. Bryan is someone I know professionally and personally. He is a good guy. This administration is full of people who are not. I won’t let the peanut gallery tear him down based on who his boss is. I think if he will do a good job. If he doesn’t, feel free to toss tomatoes at him.

Who in the hell are you to call me a peanut

If you want to call me an old white bastard, then that’s ok

Well Jim, you’re always at the bar drinking beer and eating peanuts. You are bound to turn into one eventually…

Thanks T.J. always nice to hear from a professional

By the way, only stop by BOB’s once a week, don’t sit at any bars(can’t get my legs up that high) and prefer crispy fries with my ying ling

The “French Fry” gallery just doesn’t have the same ring to it.

Being an attorney makes one qualified to run a prison system? How’d that Templeton thing work out?

Maybe he will reorganize the prisons and put the prisoners in charge. Worked for Templeton.

I too know Bryan and he’s an outstanding person and honorable fella with a lot of work at the AG’s office under McMaster. He’s been involved in RNC security detail too.

However, running a state agency often has very little to do with the actual title of the department. It’s about being able to manage people, manage budgets, deal with human resources, a motor pool, lot’s of properties etc.

I’m not sure WHAT THE HELL Bryan brings to the table!

What does he bring to the table, a message from Queen Haley:

Greetings career employees: drop your tighty whities, bend over, grab your ankles, put your head between your legs, smile and say – It’s a great day in South Carolina, please give me another

I use to work for SCDC, and leading that agency has always been considered one of the more difficult/stressful positions in state government. All it takes is a couple of inmates to bring a lot of hell to bear. With about 20,000 of them in the system, there is a lot of potential for trouble, and the bad headlines that go with that.

Nikktoria should have appointed her go to BFF. What a waste of Catherine Templeton’s new experience with TB. Now that she knows about it she should be overseeing where it routinely appears: prisons and jails.

“. . . but Mr. Stirling’s primary experience is in dealing with politics and politicians.”
.
So what’s the difference here?

Haley really knows how to pick ’em! Just like the racist bigot she chose that is STILL running the Dept. of Probation, Parole, and Pardon Services. The Legislative Audit Council rips probation a new one: exposing hiring discrimination, millions of dollars in unaccounted for funds, giving agency IT equipment (state property) to a black church, abusing the state law enforcement retirement system, etc. What does Haley do? Nothing. Who gets screwed? All of us.

Quit whining about your stupid little brats and,’government schools’.This is exactly the same as,’ universal school choice’.Take advantage of the prison system,while you still can. Vouchers? BAIL!

For second there I thought that was a photo of a public school classroom in South Carolina!