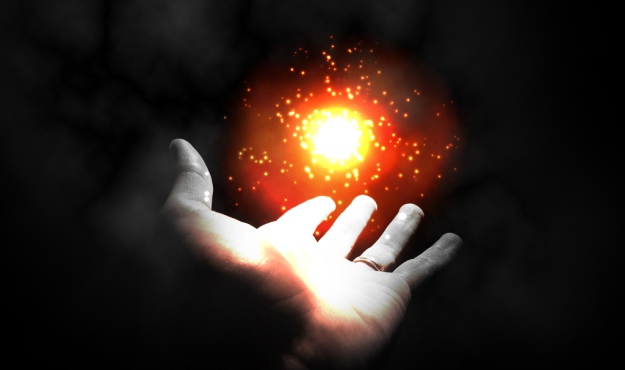 While it may not qualify as a silver lining, there was one bright spot to emerge from Washington D.C.’s latest adventure in bad budgeting: A provision further enhancing our country’s expanding energy independence.

According to the Bureau of Ocean Energy Management, this region is home to an estimated 172 million barrels of oil and 304 billion cubic feet of natural gas — resources that will further reduce our nation’s declining dependence on foreign oil.

Across America (and on its coastal borders), a domestic energy revolution is underway — one that is providing our nation with a genuine economic “stimulus” built on the free market pillars of innovation and hard work.

Even more encouraging, this victory is being achieved despite efforts by eco-radicals in Washington, D.C. to shut down energy production on federal lands.

In Pennsylvania the Marcellus Shale formation has produced 1.4 trillion cubic feet of natural gas during the first two quarters of 2013 alone — enabling the Keystone State to become the third-biggest gas-producing state in America.  West Virginia — another state accessing the Marcellus Shale — has rocketed into the top ten in gas production (even though the Mountaineers have drilled only five percent of all available Marcellus wells).

These gains — powered by innovative hydraulic fracturing (or “fracking”) techniques — are driving down energy prices nationwide and creating desperately needed jobs at a time when America’s work force participation has shrunk to a 35-year low.

According to a report released this month by the U.S. Energy Department, domestic oil production is climbing to levels not seen since 1970. And it’s projected to increase by an average of 800,000 barrels per day through 2016.

Natural gas production is also expected to expand dramatically — climbing by 56 percent between 2012 and 2040 to an estimated 37.6 trillion cubic feet.

All told, America will rely on imports for just 25 percent of its oil supplies in 2016 — down from last year’s 37 percent level.  Meanwhile the world oil benchmark is projected to drop to $92 per barrel in 2017 — $20 less than last year’s average.

(To continue reading this piece, originally published by Fox News, press the “Read More …” icon below).

Gay Marriage “Non-Ruling” From US Supremes

This won’t make a dent in our dependence on foreign oil, only a fool would suggest otherwise. There simply isn’t enough oil in the US no matter how hard you squeeze it out of the land. We will rely on foreign oil just as we rely on cheap Chinese plastic garbage.

Fits going goo goo over a oil field that is going to supply the US for ten days?

Smirks, I’m not going to get into a long discussion about how wrong you are about US oil resources, but I work in the industry. Even we are blown away by what we now know is there. We are sitting on an ocean of oil all across the country. We now know the Permian is bigger than we ever imagined, the Bakken is just what we hoped, and California is practically floating. Go sell your uninformed crap somewhere else.

I don’t know about you folks, but when I pull to the gas pump, I don’t fill up with crude oil. I fill up with gasoline.

The U.S. is a net exporter of motor fuel
http://www.eia.gov/dnav/pet/pet_move_exp_dc_NUS-Z00_mbblpd_a.htm

Resource extraction will create energy jobs, but can someone explain how America achieves energy independence by shipping our energy sources out of the country?

Also, you can flood the streets with oil, but you need refining capacity to realize it at the gas pump.
http://www.eia.gov/dnav/pet/pet_pnp_unc_dcu_nus_m.htm

The above graphs indicate that in almost 30 years since 1985, capacity has increase from 15.6 million barrels/day to 17.8 million barrels a day, or only approximately 15 percent.

It appears that America lack the refining capacity to become energy independent. Oil prices follow global supply and demand, not domestic American supply and demand. If there is market for American crude and fuel, the prices will remain high.

US gas/diesel use is down due to economy (but increasing a bit as things improve slowly). Diesel use in Europe is higher due to more diesel vehicles, demand is high and there is a lack of refining capacity. Gasoline refining in other places is rather low too. US Refiners therefore refine diesel and gasoline from US crude and ship it out to make money. The Canadian oil (Keystone pipeline) would move to the Gulf and be refined into fuels or made into chemicals and shipped out too. (This makes more money as the market is higher priced there) There are apparently some legal issues with increasing the exports, and those might decline as our economy improves and local demand increases.

The US is on the cusp of being energy independent due to natural gas and petroleum drilling technology improvements. A good part of our imports are from Mexico and Canada, not much from the ME and those could probably be done away with altogether once some US policies are altered. The Sods are most concerned about this turn of events.

Supply and demand and refining and pricing are also subject to various policy and legal constraints in the US as well as world issues, so all that is sorta juggled in the various prices. Right now the petroleum prices in OK an TX are lower than world prices (due to large supplies), but exporting is not an option. Refiining capacity is limiting taking advantage of that differential.