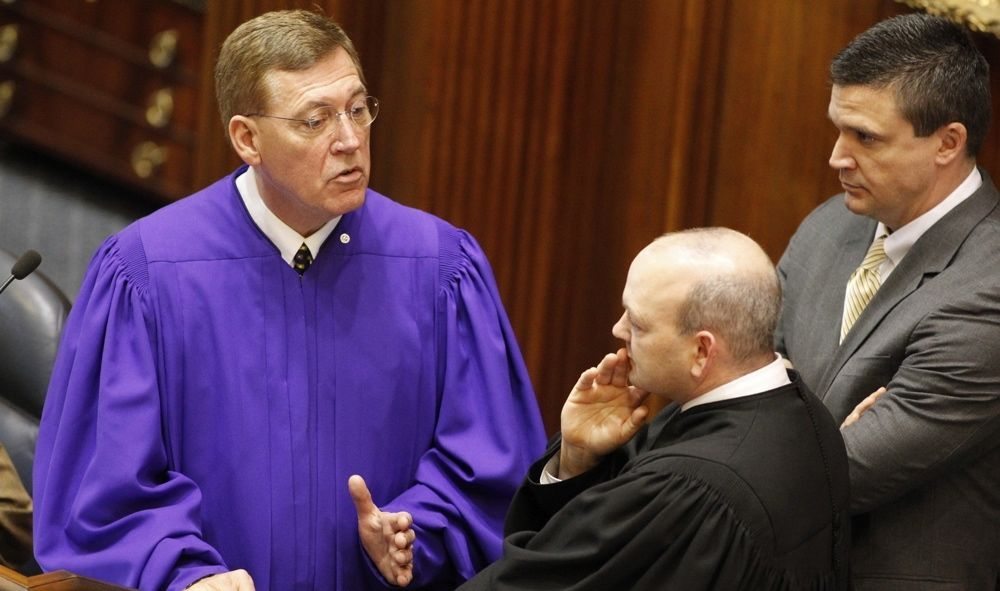 S.C. Lt. Governor Glenn McConnell is on a sinking ship … and his lifeboat may no longer be available.

While the once-mighty legislative leader continues to say he’s running for reelection in 2014,  he has made it abundantly clear that he covets the presidency of the College of Charleston – a government-run institution of higher learning that would pay him mid-six figures (in the event he gets the job).

In fact multiple sources have confirmed to FITS that there is a furious legislative push underway to sway several members of the college’s governing board to McConnell’s side – an effort which is being met with considerable resistance.

Up until early last year the fiscally liberal McConnell was the president of the South Carolina Senate – a master manipulator who used his influence and parliamentary skills to steer tens of millions of dollars to his pet projects, including the Confederate submarine H.L. Hunley.

However when S.C. Lt. Gov. Ken Ard resigned his office amid a cash-for-contributions campaign finance scandal, McConnell was forced to ascend to this part-time, largely ceremonial office. That’s when S.C. Gov. Nikki Haley – a longtime antagonist of McConnell’s – decided to strike.

Haley successfully recruited one of her campaign donors to run against McConnell – a Lowcountry real estate developer named Pat McKinney. In fact McKinney raised $276,000 during the most recent fundraising quarter (and loaned himself another $245,000).

McConnell reported raising close to $256,000 – but virtually all of that was money transferred from his State Senate account (meaning he didn’t actually raise any new funds).

McConnell may yet be able to pressure enough people into giving him the College of Charleston job, but his bid is facing two major hurdles. First is timing: McConnell wants the school to extend the president’s offer to him by the end of the year, which is inconsistent with the school’s search process. More importantly McConnell wants the job to be given to him – he doesn’t want to have to compete for it.

That’s also at odds with what the school’s leaders want.

Sources also tell FITS McConnell is facing serious opposition from several of the school’s top donors – which is complicating his efforts with board members (even though the strong-arm tactics of his supporters have reportedly swayed some votes).

“Lawmakers should be banned from taking government appointments during – and after – their terms of service,” we wrote recently. “Obviously they are free to run for higher office if they choose, but taxpayers simply cannot afford to continue subsidizing six-figure jobs for members and former members of the S.C. General Assembly.”

More to the point, South Carolina taxpayers cannot continue to subsidize such a bloated and inefficient higher ed system.