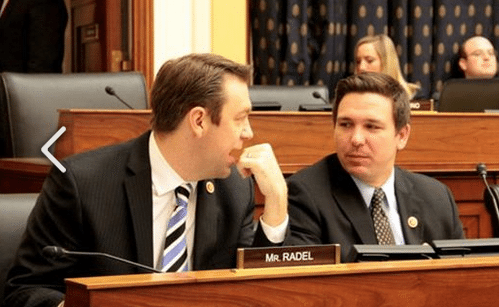 U.S. Rep. Trey Radel (R-Florida) was charged this week with cocaine possession stemming from an October 29 arrest in Washington, D.C.

“I struggle with the disease of alcoholism, and this led to an extremely irresponsible choice,” the freshman lawmaker said in a statement. “Believe me, I am disappointed in myself, and I stand ready to face the consequences of my actions.”

“However, this unfortunate event does have a positive side: It offers me an opportunity to seek treatment and counseling,” Radel continued. “As the father of a young son and a husband to a loving wife, I need to get help so I can be a better man for both of them.”

If convicted of the misdemeanor charge, Radel could face up to 180 days in prison and a fine of up to $1,000.

Ironically Radel – a former TV news man and conservative radio host – supported legislation last year aimed at giving judges additional flexibility on drug sentencing (one of only a handful of Republicans to do so).

Obviously this website’s position on recreational drug use is clear: We support it. Radel should be allowed to snort cocaine to his heart’s content … or until his heart explodes (whichever comes first). That’s his choice as a free American.

Ted Cruz Got God-Fondled, Too