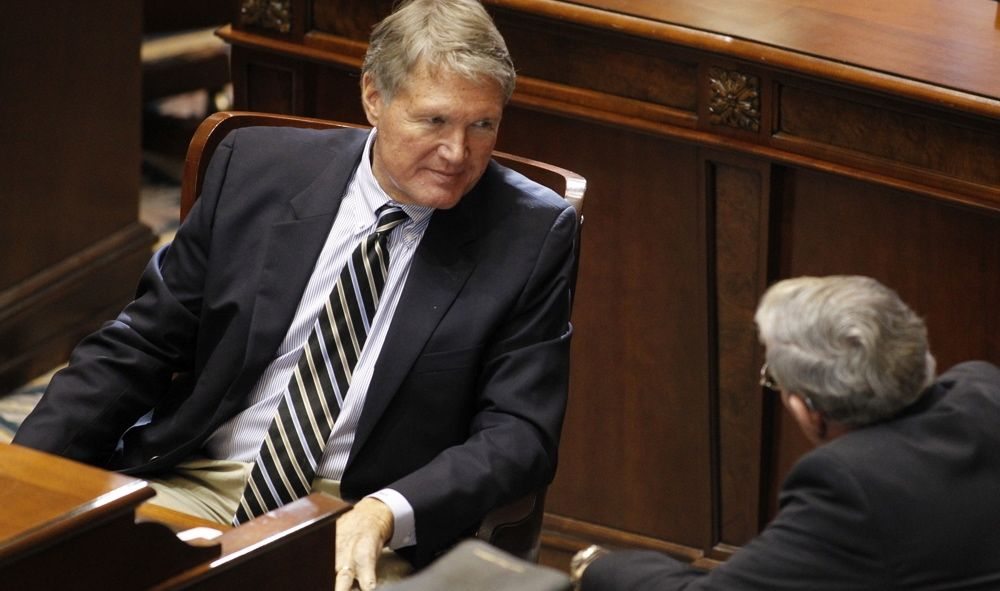 A week after we learned income levels for South Carolinians had declined by 10.9 percent over the last dozen years, staffers in the S.C. General Assembly took home big fat raises from their “Republican” bosses.

According to a local political blog, nearly three dozen Senate staffers making more than $50,000 annually have received raises ranging from 8.17 to 67 percent since March 2012. This follows a similar pattern of pay raises for top staffers in the S.C. House of Representatives – as well as big raises awarded by S.C. Gov. Nikki Haley to her staff in 2011.

In the Senate, clerk Jeffery Gossett got a $12,463 annual bump in salary. Meanwhile the top attorney for the legislature’s judicial merit selection committee received a 45 percent bump –  even though she only works four days a week.

Also getting in on the action? The sister-in-law of Senate President John Courson – who was appointed to her relative’s committee via one of the most shameful displays of nepotism we’ve ever seen in South Carolina.

Sadly, nobody is calling out the “Republican” leaders of the Senate (Courson, finance chairman Hugh Leatherman or “majority” leader Harvey Peeler) for these bonuses.

In fact the mainstream media isn’t even reporting them …

There is a tendency in this state (and we’ve fallen victim to it from time to time ourselves) to exclusively blame politicians for the litany of things that are wrong with the ass-backward banana republic that is South Carolina. But John Courson giving his sister-in-law a cushy government job – and now awarding her an eight percent raise on top of it – isn’t the real problem.

Until there is, we shouldn’t be surprised to see politicians continuing to get away with as much as they can.

These people work about 20 hours a week, on average. A little less in off session months July-Dec. and little more Jan-June.
Peeler and Leatherman, along with Courson are a disgrace!
Vote Change people or suffer the consequences.

Fortunately virtue is natural to the people, notwithstanding aristocratic prejudices. A nation is truly corrupted when, having by degrees lost its character and its liberty, it passes from democracy to aristocracy or to monarchy; that is the decrepitude and death of the body politic….”
Maximilien Robespierre

That worked out well the last time it was used.

The investment commission just gave bonuses up to $300,000 per state employee. Makes these overpaid, bloated folks look cheap by comparison.

Once again Fits, why refer to “Republicans,” as if there is something odd here.

These are REPUBLICANS.This is what they’re ALL about.And the SC REPUBLICAN party eats this stuff up as do the majority of South Carolinians who next year and in 2016 will vote to reelect ALL of them!

Ha! The Nerve scooped you!

What Republican controlled group gets the next raise?

Tom Davis will put a stop to this. Right?

Senator Larry Martin also moved from prominence in the Rules Committee to Chair of the Judiciary.

well isn’t the pot calling the kettle black….tell us Will, how big of a raise did you get working under Sanford?

Teabaggers do as we tell you and shut up…

I looked up miscreant in the dictionary!
There was Peeler’s picture!
I looked up crater.
There was his picture of his face!

Yep, he and his brother Bob(Clemson trustee and Waste management lobbyyst) are trying to trash the State with all of this out of State trash and human waste.
They should be run out of any position of responsibility, or influence.
The Peeler’s brought their Gaffney scum and womanizing to Columbia.
We hope they all leave the upstate and don’t come back!

Anybody have the balls to call out Treasurer Loftis on the settlement with the Bank of NY? $9 million lawyer fees to Loftis’s fraternity brother lawyer and his associate for $20 million into the retirement fund? To retirees with an annual benefit average of $27,000, that $9 million looks real good. And Curtis fought so hard (by his own admission) to get those attorneys $9 million–as a contribution to economic development!!! Wonder just whose economy he is trying to develop. 1 guess!