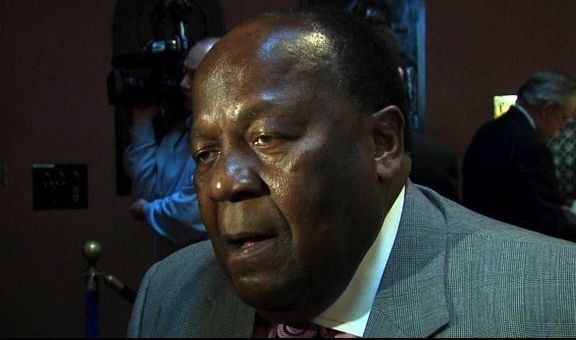 Former S.C. Senator Robert Ford (D-Charleston) – or someone purporting to be him – is emailing his supporters for money, claiming to have been beaten up and robbed by “thugs” during a vacation to the Philippines.

“(D)uring my vacation I was attacked by some thugs around the hotel vicinity were i lodged who beat me up and collected all my money, credit card including my cell phone and other important documents i took along,” the email from Ford reads. “(R)ight now I am in a local library mailing you for financial assistance.”

“My flight leaves soon and i am having a problem settling my hotel bills, please i need you to help me with (1,700.00 Dollars ) to foot my bills and board a plane back to the state because right now i am stranded and you are my only hope to get out of this mess,” the email from Ford continues.

“When i get back to the states i will refund you every dime that you’ve spent if possible with interest,” the email adds. “Write me back so i can tell you how to get the money to my present location.”

While the language of the email is similar to many common scams – the missive is signed “Robert Ford, Senator.”

Ford resigned his office earlier this year midway through a hearing into multiple ethics allegations committed over a four-year period. Had he not resigned, “Republican” members of the ethics committee were prepared to recommend that he be expelled from the State Senate.

While Ford certainly got what was coming to him, his trial exposed the rampant hypocrisy of “Republican” members of the S.C. General Assembly – who habitually ignore much more serious ethics violations committed by members of their own party.

Ford claims to have contacted the U.S. Embassy and local authorities regarding the alleged assault, but according to him “they are not helping issues.”

If Ford’s story is true, he wouldn’t be the first South Carolina politician to be assaulted overseas. S.C. Rep. Bill Sandifer had this infamous misadventure on a government-subsidized trip to Panama in September 2010.