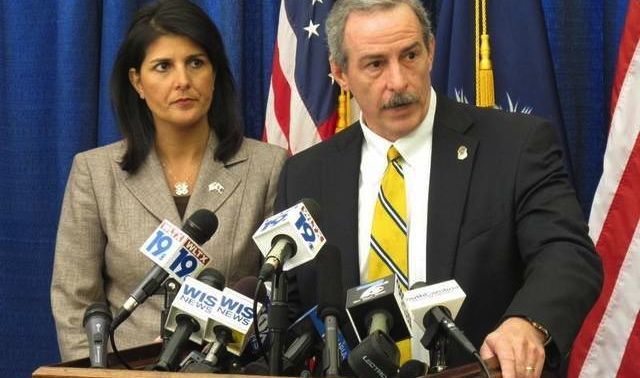 On or about July 5, 2013, the South Carolina Law Enforcement Division (SLED) Implied Consent website that houses the videos of DUI breath tests and other records that the law requires the State to maintain in DUI cases went offline. In the immediate aftermath, SLED spokesman Thom Berry announced that the problem was possibly caused by a lightning strike which damaged a server holding “hundreds of thousands of files and videotapes, many of which go back to 1991.” On behalf of SLED, Mr. Berry assured South Carolinians that “we have lost no files, but it’s going to take time to bring all of those files back online.”

On August 7, 2013, SLED issued a press release stating that the restoration of SLED’s Implied Consent servers was complete and that “all of the test records and videos affected by the power outage in July are now accessible. No files were lost.”

Over the month that SLED’s Implied Consent website was down and after receiving conflicting reports from sources within SLED, the criminal defense bar of South Carolina began questioning SLED’s publicly stated cause of the problems and began investigating the matter. During that investigation, one of our members obtained weather data reports which show the nearest lightning strike to SLED headquarters on July 5, 2013 was three miles away.

On August 21, 2013, in the face of growing skepticism, SLED’s excuse changed. “It had nothing to do with a lightning strike,” SLED Chief Mark Keel stated to media. However, Chief Keel went further in his comments adding that “any rumor that it had to do with hacking is totally false.”

With the November 2012 revelation that some 6.4 million tax records were hacked from our Department of Revenue, South Carolinians are justified in questioning the security of our State government’s digital data. If Chief Keel and SLED think this concern is unjustified, perhaps they need to speak with Gov. Nikki Haley. On August 20, 2013, Gov. Haley called on all state agencies to take a good look at how they are handling information security and makes changes, if necessary, to secure their data.

The truth of the matter is that SLED’s deception concerning the cause of this data problem with their DUI system is incredibly troubling when one considers the mystery that surrounds SLED’s DUI system when it is working “correctly.”

Lightning did not cause the computer problems at SLED and should have never been offered to the public as an excuse for those problems. The fact that it was is indicative of a serious underlying problem that concerns all South Carolinians. Transparency in government is what our governor promised South Carolinians. SLED should welcome transparency in this important area.

As such, the South Carolina Association of Criminal Defense Lawyers calls on Chief Keel and SLED to appoint an independent commission comprised of members of the defense bar, the scientific community and the judiciary to investigate SLED’s entire Implied Consent/DUI programs and procedures. If SLED refuses to reassure the public by appointing such a commission, we call on Governor Haley and the South Carolina General Assembly to exercise their duties of oversight and accountability and appoint such a commission. South Carolinians deserve to be assured that the data used to prosecute DUI crimes in our state is secure, accurate and trustworthy.