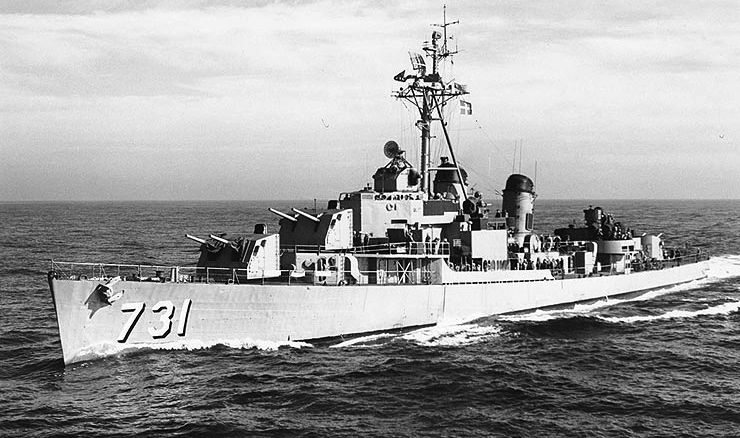 Remember the U.S.S. Maddox? The ship – an Allen M. Sumner-class destroyer – was laid down on October 28, 1943 and commissioned in the U.S. Navy the following spring. After being decommissioned in 1969 it was sold to Taiwan, renamed the Po Yang – and eventually decommissioned (again) and scrapped in 1985.

Forty years ago, though, this ship was at the center of a global storm – the Gulf of Tonkin incident. This “attack” by Vietnamese torpedo boats led the U.S. Congress to pass the Gulf of Tonkin resolution, giving then-U.S. President Lyndon B. Johnson unlimited authority to act in defense of Southeastern Asian nations threatened by “communist aggression.”

A decade later, nearly 60,000 Americans had been killed in the Vietnam War.

Here’s the funny thing, though: The main “attack” against the Maddox – alleged to have occurred on August 4, 1964 – never happened. That’s right – it never happened. It was a creation of American intelligence – specifically the National Security Agency (NSA).

In fact the NSA’s own historian recently concluded that the agency “deliberately falsified intercepted communications in the incident to make it look like the attack on Aug. 4, 1964, had occurred.”

Even Johnson himself joked after the attack about how “those dumb, stupid sailors were just shooting at flying fish!”

The NSA fought for four decades to keep this information secret, by the way … another comforting thought to bear in mind as they rife through your personal emails, internet searches, online chats, phone records and other personal information.