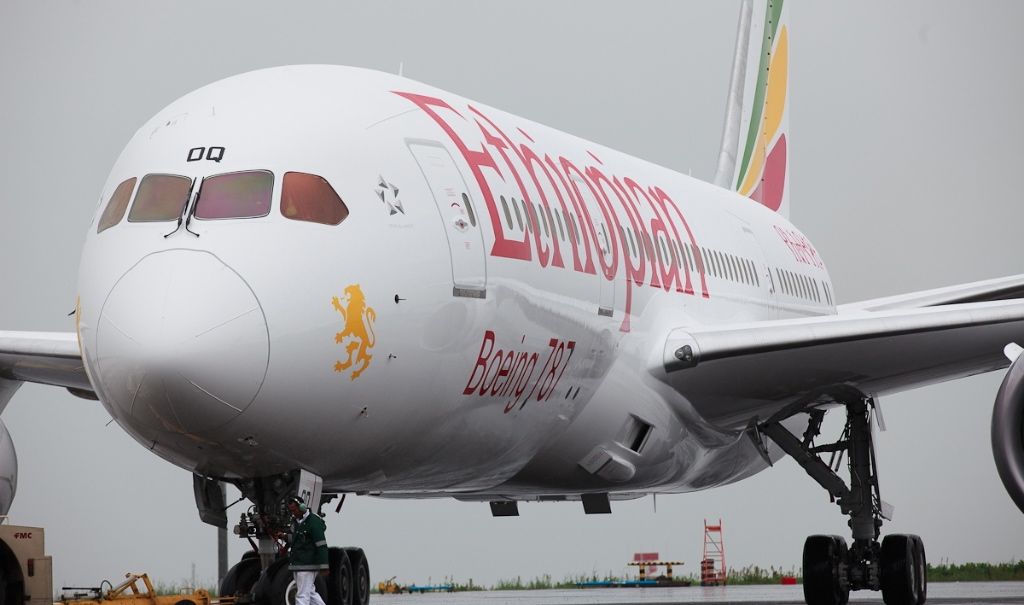 A Boeing 787 owned by Ethiopian Airlines caught fire on the ground at London’s Heathrow Airport on Friday.

“We can confirm there has been an on-board internal fire involving an Ethiopian Airlines aircraft and the airport’s emergency services are in attendance,” an airport spokesman said. “The aircraft was parked on a remote parking stand. There were no passengers on board and there are no reported injuries at this time.”

The fire prompted a shutdown of the world’s busiest airport – causing “major delays” for travelers.

The aircraft – named the “Queen of Sheba” – was the first 787 to fly commercially following an international grounding of the aircraft due to conflagration issues associated with its lithium ion batteries.

There is no immediate word as to what started this particular blaze.

“Cause of fire on a plane at Heathrow is unexplained and under investigation,” a tweet from Scotland Yard noted.

Officials with the Federal Aviation Administration (FAA) told reporters they were contact with Boeing regarding the incident, while the National Transportation Safety Board (NTSB) has sent an investigator to London.

Boeing never identified the problem with its next generation passenger plane, but Dreamliners were nonetheless cleared for takeoff in April. They have experienced several mechanical problems since then, but this is the first reported fire since the planes were cleared for flight.

“We’re aware of the 787 event at Heathrow Airport and have Boeing personnel there,” a tweet from Boeing read. “We’re working to fully understand and address this.”

In unrelated Dreamliner news, another 787 operated by Britain’s Thomson Airlines was forced to return to Manchester airport on Friday after it developed a “mid-flight” technical issue. Boeing officials say the Thomson flight – bound for Florida – was “not connected” to the London fire.

The value of Boeing’s stock plunged by six percent in the immediate aftermath of the fire – although it later stabilized.

“The market reacts to these things pretty violently, especially with something like this where it’s noteworthy given the prior problems with the (Dreamliner),” one analyst told CNBC.

S.C. Gov. Nikki Haley is the company’s biggest cheerleader, referring to 787s as “Mack Daddy Planes” during a speech to the Republican National Convention last year.

Related Topics:BoeingDreamlinerNikki Haley
Up Next