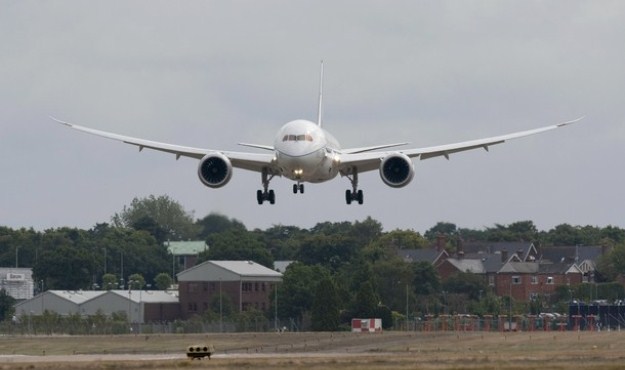 For Boeing, the nightmare keeps getting worse …

This week – in response to a rash of recent problems – the company’s troubled 787 Dreamliner passenger airplane has been grounded by the Federal Aviation Administration (FAA).

While the Dreamliner has been plagued by any number of issues, the FAA cited a fire risk associated with the plane’s batteries as the reason behind its decision to ground all U.S.-registered 787s.

Boeing – which lives and dies by the government’s hand – accepted the FAA ruling and vowed to fix the problems with its new fuel-efficient jets.

“We will be taking every necessary step in the coming days to assure our customers and the traveling public of the 787’s safety and to return the airplanes to service,” Boeing CEO Jim McNerney said in a statement.

Originally scheduled for delivery in May of 2008, numerous design, supply and delivery problems pushed that deadline back more than three years – causing numerous cancellations and ramping up pressure on the company to make the plane profitable.

South Carolina taxpayers shelled out hundreds of millions of dollars to lure a Dreamliner manufacturing facility to North Charleston, S.C. three years ago. The Palmetto State later lost out on its bid to build Boeing 737 Max planes – part of a deal the company cut with its labor union.